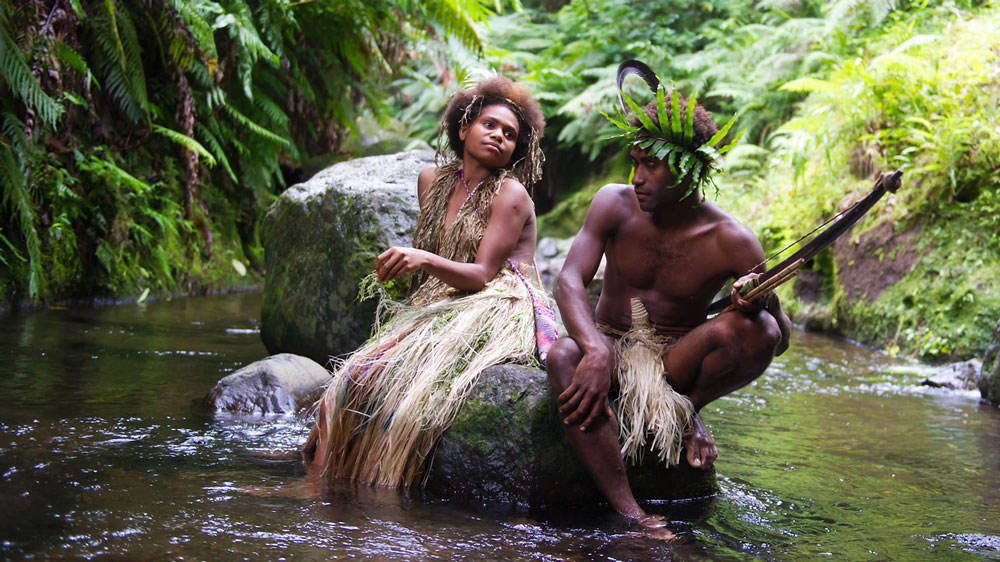 Now that Leonardo DiCaprio has finally won an Oscar it’s game-on for any previously shunned blockbuster-magnet turned art-house darling who’s keen to take home gold. With Loving, La La Land and Hacksaw Ridge early favourites for the February 26 gala, it’s the foreign language category which might prove the most intriguing and competitive race this year, with numerous countries’ stand-out entries, already mainstream film favourites in many countries, vying for the top prize.

Here’s a short list of competitors to watch out for in the coming months.

Land of Mine (Denmark)

A Danish-German co-production set immediately following the end of the Second World War and focused on a group of young German POWs forced to clear landmines off a Danish beach, Land of Mine took home six gongs at the Danish Film Awards including Best Film, Best Director, Best Original Screenplay and the Blockbuster Audience Award.

‘Despite not being set during a war, Land of Mine is in every sense a war picture. The casualties are as immediate as they are graphic, emphasising as well as any other epic the erratic, tragic and dehumanising realities of armed conflict through sustained shots on what for many will be very confronting.’

Director Paul Verhoeven’s first feature film in 10 years, the lead-up to Elle’s release evidenced much speculation, contention and ultimately widespread critical acclaim. Not able to secure an American actress, Verhoeven cast the superb Isabelle Huppert, learnt French and went to shoot in Paris instead. It will be interesting to see how Elle plays with the Academy come February’s ceremony.

‘Best viewed with as little pre-knowledge as possible, Elle’s evidently novel premise naturally gives way to character interactions and plot evolutions hitherto unseen that would not be possible but for the risks Verhoeven takes with his story and star, the latter of which more than consummately carries the not so trivial machinations of the tale.’

Both a touching story and a celebration of all things dude, several friends’ exploits in the Aegean Sea (on paper not much more eye-catching than your typical college comedy), Chevalier’s universal themes and talented performers helped make this flick a Festival favourite around the world.

‘More than a dick-measuring contest, which is incidentally one part of the exploits, Chevalier is a frat-style comedy about people who are almost anything but frat-boys, boasting quirks of the best college laugh-a-thons as well as the more considered elements of what is too here a very mature, human comedy.’

The latest from The Skin I Live In Director Pedro Amoldovar, Julieta, despite a lacklustre ending that disappointingly pulled its punches, packs enormous emotional strength and some startling visuals to boot.

‘Emotionally resonant not only for their profound and sustained impact but for the very novelty of so emphatically refusing to shy away from the devastatingly low points in a family’s life, Almoldovar doesn’t just want you to feel it, he wants you right down there with the characters.’

A critical darling and winner of the Firepsci Grand Prix at Cannes, Toni Erdmann, despite its 162-minute length, has turned out audiences across the globe and is currently playing at this year’s German Film Fest. Sonja Griegoschewski, the Goethe-Institut Australia and Festival Director recently commented that, “It’s kind of a drama but it also has a very funny side to it. It has been successful, we thought maybe this humour is very German but it doesn’t seem to be because the film has now been internationally released and it seems kind of universal.”

The first-ever film shot entirely in Vanuatu, Tanna, a Nauvhal language film, centres on people from the village of Yakel. Developed over a six-month shoot through improvisation and workshopping on location, the cast did not have any acting experience prior to the shoot.

It’s Only The End of the World (Canada)

Xavier Dolan’s supremely divisive Grand Prix winner It’s Only The End of The World, starring none less than the highly sought-after Marion Cotillard, Lea Seydoux and Vincent Cassel, has evoked everything from unqualified praise and plaudits to incessant and very vocal booing.

‘As you might expect from a movie submerged in its own misguided sense of profundity, it opens with a lengthy outburst of exposition, a cautionary tale both for the plot’s machinations and the insufferable whims of the film itself.’

The nominees for Best Foreign Language Film will be announced on January 24, 2017.