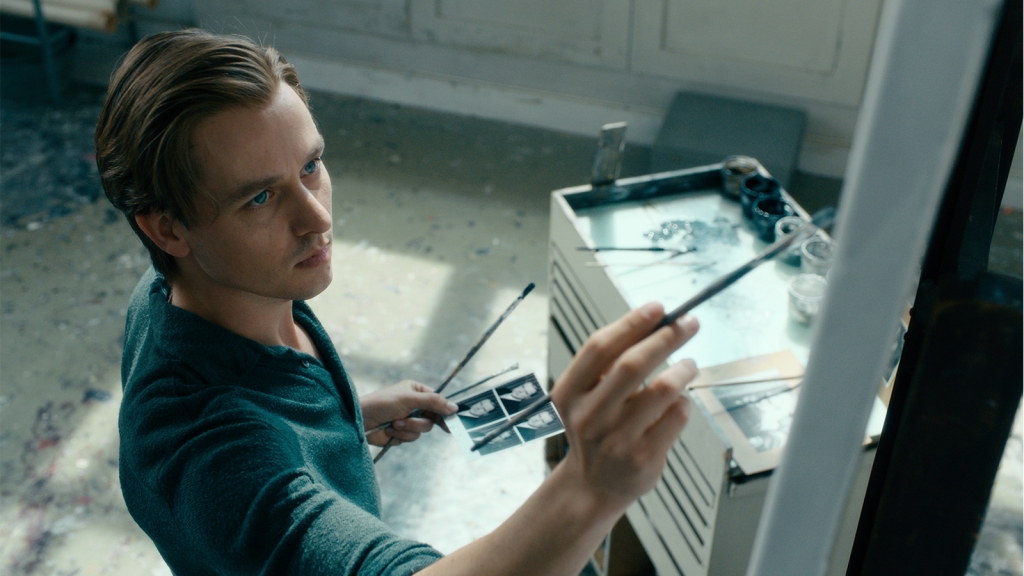 Earning the time to tell this story, The Lives of Others Director Florian Henckel von Donnersmarck has triumphed again.

His best film since the 2006 hit, Never Look Away chronicles aspiring east-German artist Kurt’s (Tom Schilling) experiences throughout his childhood, encompassing the Second World War and well into his adult years as his Dresden home and he too shifts following the deposing of the Third Reich and institution of Soviet rule.

An epic in every sense that would see David Lean queuing for the front row, the three-plus hour run-time, save drops of exposition early on (and some recurring later) breezes by amidst that consistently captivating. The pleasure of watching a film such as this, given a recently more apparent cinematic tradition all too content to cover whole eras in passing fashion, is that von Donnersmarck, too the screenwriter, notably lets events in each of his chosen ages elapse for their full and due emotional resonance.

That detracting from Never Look Away, first and foremost the repeated reminders in the most literal manners of the moral(s) of the story, focused on coming to terms with the past and atrocities (encapsulated in part by the title), is in every sense few and far between. Paced ever-intermittently between the innumerably more consequential sequences, those misgivings that do arise have comparatively little impact than they otherwise might were this not such an abundantly rich feature.

Fixating for lengths on Kurt’s art, von Donnersmarck renders that relatable and moving in what is statedly clinical, bourgeois craft, itself a treatise for this like of cinema. The Director’s ruminations, evidently as much our steersman’s as they are too reflected in Kurt’s musings, emphasise that necessarily detached and so personal in the fulfilment of Kurt’s painted forms and indeed the completion of a film of this quality. Settling on the disquisition that art which pursues a verisimilitude of life has overwhelming value when duly reflecting that so inherently intrinsic, it’s a fitting subject for a film which procedurally champions that most apparently experiential, profound and compelling through it’s most emphatic recreation.

Later treating the wider national arts scene as a near comical aside, the English translation, if failing to convey some of the nuance of the original German, relies heavily on the abundantly intriguing visuals and galleries that would be parodic but for the environment and era they are subsisting fairly reflective of some strands of creativity at their heights.

Too doing well to delve into questions of the relation between those creative, vibrant or of a mental state at least in some eras of history considered less socially permissible, von Donnersmarck examines a number of creative figures, among them Kurt and his sister (Saskia Rosendahl), from whom, due to her external manner, he is soon separated. Bookending the feature with a moving statement about that inherent to two outwardly distinct yet evidently similar characters who share one of Never Look Away’s centrally emotive relationships, the meaning will be patently obvious yet hugely resonant as von Donnersmarck underlines that paramount in individual insight and creativity beyond the significance of manifest or perceptible temperament in those creative.

Fixated on some of the atrocities committed by Germany during the Second World War, Never Look Away suggests the film will lead to a cathartic, revelatory moment for us and some of our main characters centred on Nazi war criminal Professor Carl Seeband (Black Book’s ever-reliable Sebastian Koch). Denying us this in a manner and delivering same in an, if contrived, uncommonly emotive, unexpected form, such can also be said to befit Kurt’s naturalism resplendent throughout and indeed good cinema, itself but a simulacrum of life, of which Never Look Away is a superb example.