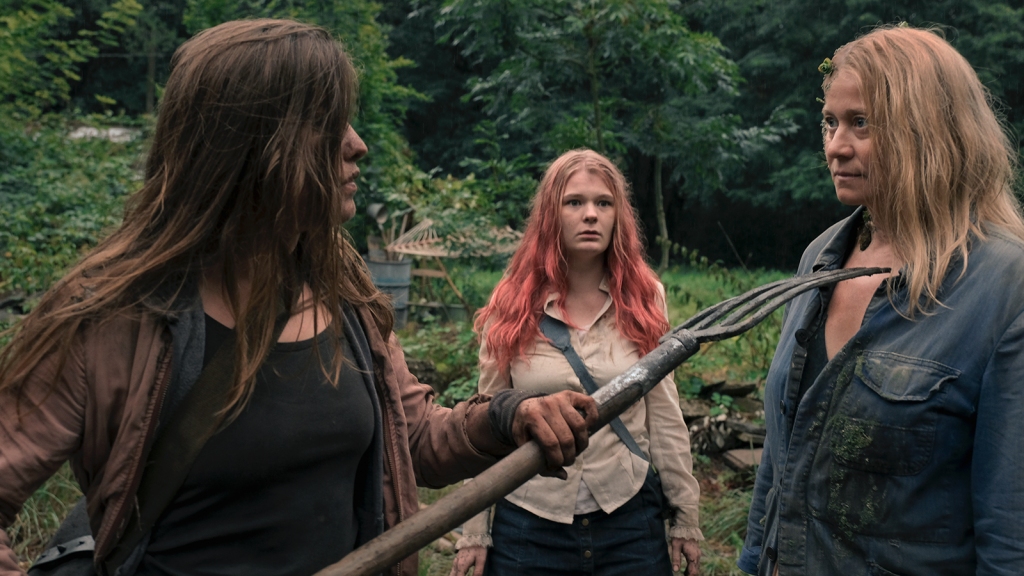 Are zombie movies experiencing a fatigue or a renaissance?

The go-to for low budget filmmakers and those ever-intended on making a point while having a lot of fun as hordes power through our beloved cities, Endzeit – Ever After doesn’t like where we’ve gone with our planet.

A German eco-undead thriller, two survivors of the recent apocalypse Vivi and Eva (Gro Swantje Kohlhof and Maja Lehrer respectively) embark in search of haven. One seemingly fearless, the other less than, their pairing, at least for Eva, is about as ideal as the corpses on their trail.

Well rendered in the naturalistic sequences whether transfixed on a burgeoning sun or a slowly amassing wave of rot clambering over a hill, subtlety then all at once emerging in the darkness, ‘Endzeit’ bears something uncommon in action cinema; a reckoning with it’s own sense of scale.

Confining the action to select sequences and otherwise focusing on the leads’ interplay, when violence does emerge it’s all the more emphatic for crowding the frame in those sparing moments that in their irregular, sudden presence have the most impact. Cognisant of its own practical constraints and using extras to their full effect in a stunning scene on a bridge, the few moments when the film operates in the full breadth of this world’s circumstances impart that sense of epic lacking from zombie fodder that routinely cram it’s acts and unnecessarily overwhelms us with lax, repetitive undead to the point of complacency.

Veering into the ethereal, a second act stretch relies heavily on “Endzeit’s” most fantastical presence to chew the scenery and sell the about turn, though like much of that unreal and plainly metaphorical falls short. A moralistic bent evident throughout the entire run, the expositing and obvious pivots to the film’s environmental message, an engaging if not unused linchpin of zombie flicks, are frustratingly poles apart from that which the film evinces so well. Otherwise leaving it’s meaning to be inferred through the contrast of that natural with the impact human progress has had on our world, a well-staged jump scare involving butterflies littering a train wordlessly and powerfully drives home the film’s meaning without having to underline it.

The seamless presence of creatures including a set of cockroaches later in proceedings and how the creatives expertly frame those alive other than human speaks volumes to that the filmmakers wish to invoke and in the nuance of this craft recommends the movie near above all.

Packed with meaning alternately well-invoked or too obvious and some excellent zombie-centric action, Endzeit – Ever After isn’t entirely original yet when it does well in pursuit of those genre stylings and fusions peculiar to cinema it excels.

Endzeit – Ever After screens as part of the Sydney Film Festival on Friday 7 June at 8:30PM at Event Cinemas George Street and Sunday 9 June at 6:30PM at Dendy Newtown