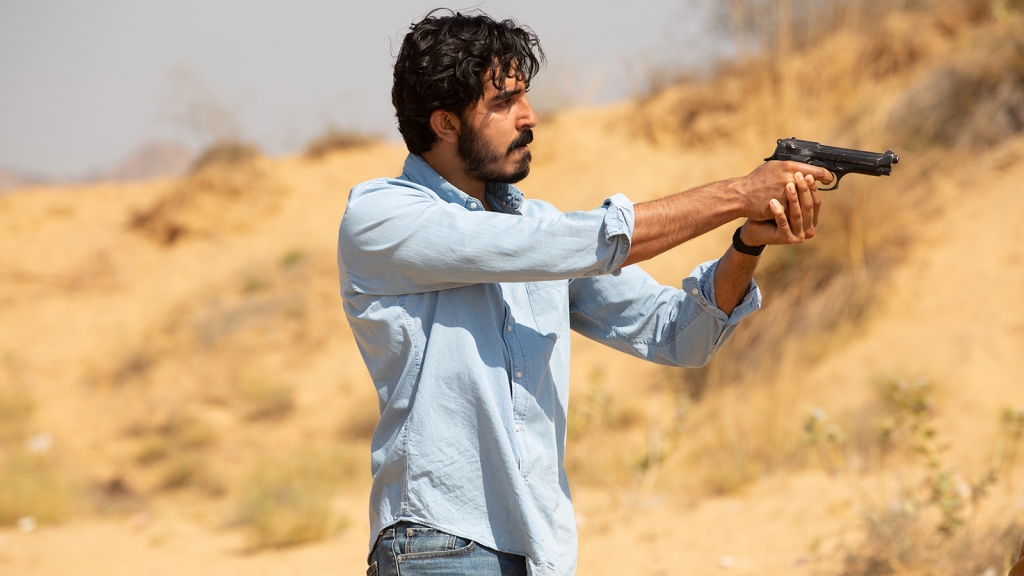 A British gun for hire, a wedding, a less than willing bride and a mysterious stranger. What could possibly go wrong?

Dev Patel is no stranger to action-orientated or serious roles though he is at his most dour here as Jay; travelling to Pakistan at the behest of a shrouded, cashed-up voice at the other end of the phone.

Proceeding to undertake the job, the long, meandering and not very informative drive through the countryside emerges too repetitive in it’s vignettes to build tension or intrigue. What transpires throughout makes as little sense as Jay opting not to take an easier, already established escape route rather than walking out the front door Harry Tasker style.

Adding a secondary late strand to the narrative via an exposition dump as regards some shiny jewels, the central issue with this painstakingly generic effort, aside from not being too well written nay original, is the key conflict on which the film hangs it’s success cropping up very late in the game.

Near all that which is significant could have fitted in much earlier in events without allowing so much inconsequential to elapse. As the film latently arrives at its central story, a sequence in a remote spot preceding what is effectively the third act wreaks of this feature’s worst character-building. Culminating in a violent feat neither properly foreshadowed nor heedfully consistent with what we know of our mainstay, what follows is an interplay heavily reliant on the willed chemistry between two of our main figures which is sorely lacking.

With Radhika Apte too doing about as much as she can with the material, The Wedding Guest tries to play it’s game of ‘guess what will happen;’ imploring us to figure who will emerge less scathed. The conclusion, played as a revelation and emotional crux, is as unengaging as it is readily foreseeable. The lacklustre denouement partly a consequence of it being so obvious, the leads’ lack of involving dynamic, on which this effort together with the hapless storytelling hangs much of its hopes, is no small factor.