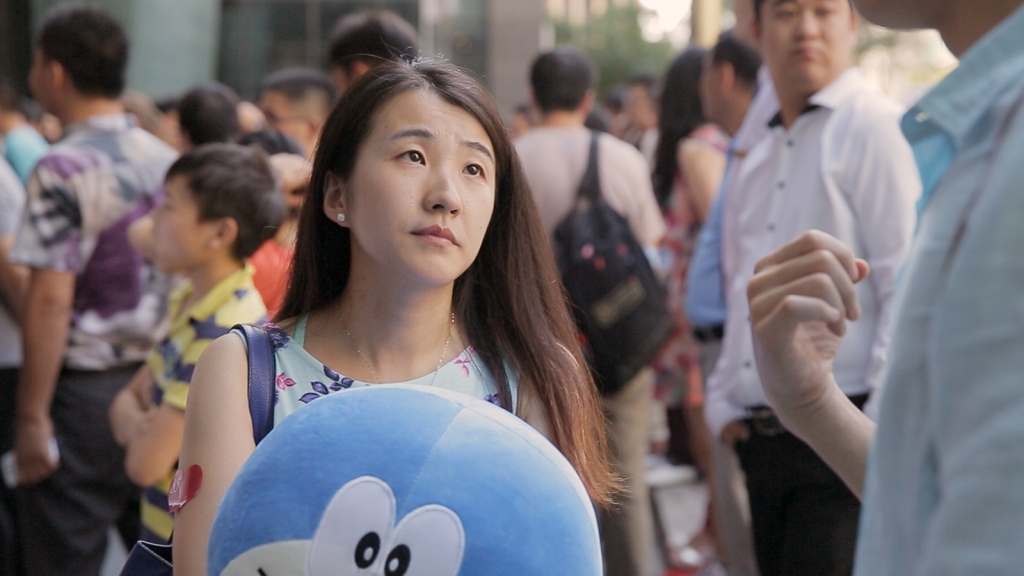 It wasn’t all that long ago that this author was in China and the noticeboards resplendent in this film were present throughout the country – and things have not changed.

Chronicling the experiences of three ‘Leftover Women,’ living in China, not far beyond their early 20’s and unmarried, the documentarians take us through the Government-sponsored dating scene, marriage markets and parents ever-urging their daughters to wed, and quickly. With the neighbours talking and a stated stigma attached to women in the position of our subjects, the sequences ridden with single women and men may prove a curiosity to many while being duly confronting, as are many stretches in this film.

It’s a welcome insight into the travails of those who contend with pressure by no means singular to communities in China yet manifestly distinct within these families. Lacking the overt presence of a documentarian and only betraying the role of the camera crew in one instance, the creatives are purposefully at a remove to the extent that Leftover Women, still perceptibly a documentary, plays strongly in segments as if it were a narrative feature; following the events and drama of that present within these women’s lives.

To this effect, the sequences with family in tow, compiled from a few encounters, more than tease the matters central to the film. Blatantly spelling it out in a manner instantly cognizable, questions are compactly fielded about the families’ legacies and that disquieting to parents in their daughters’ lives. An exchange between one of our subjects and a professional among other segments too elaborates on issues in an uncommonly and manifestly literal manner.

The likes of this sequence in other documentaries, intended to best impart necessary information, might otherwise be complemented or fulfilled by an explanation courtesy of the filmmakers or an expert conveying particulars directly to the audience (or as part of an interview) distinct from the wholly naturalistic proceedings. The form of the documentary and a removed crew by no means singular to Leftover Women, the film nevertheless relies significantly on less qualitative information and statistics referred to in passing. The breadth of a wanting, more quantitatively-focused elucidation is here too necessary to fully reckon with the environment and circumstances these women face.

That which we do garner from these intimate portraits in their depiction of that so affecting our subjects’ lives is regardless moving and, due in no small part to each of the leads’ willingness to share and be so open, roundly impacting.