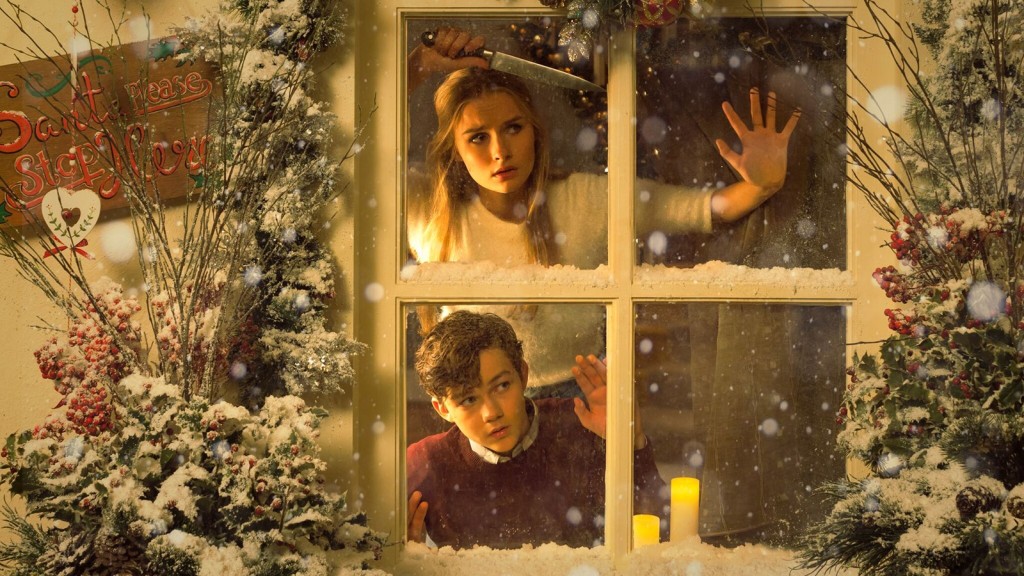 It’s one thing to be knocked off your feet by a top horror flick, it’s another entirely to find out they shot it down the road from your childhood home.

Set in a quiet suburban street that this author may never look at quite the same way again, Better Watch Out is the reason that writers often struggle to review shockers. There is a precious little about this US-Australian co-production about an awkward 12 year-old and the babysitter he has a crush on (Australia’s Levi Miller and Olivia DeJonge respectively) that can be divulged without hampering the enjoyment of a thoroughly clever bottle thriller, taking place almost entirely with a home’s confines.

Wryly promoted as a home invasion thriller and certainly a centrepiece of its appeal, DeJonge’s The Visit co-star Ed Oxenbould joins the fray, the now veterans of sophisticated shockers ideally cast alongside emerging star Miller; together with the additions of crowd-favourites Patrick Warburton and Virginia Madsen underscoring, as Shyamalan’s thriller did so well before it, just how well horror can work when comedy is an undeniable part of it.

Featuring performers well-attuned to a high laugh-per-minute frequency, horror and comedy, while largely different genres, are successful for their not dissimilar attempts to take us aback or undercut our expectations, the fusing of the two forms, as evident in Better Watch Out, sometimes accomplished to astounding effect.

It would be remiss to describe this film as a horror-comedy, the transfixing product ultimately more akin to a frightener with devastatingly morbid touches. Replete with allusions to Home Alone to which it has been predictably ascribed, a more explicit acknowledgement of its thematic roots in the film’s latter half arrives as one of Better Watch Out’s best and most macabre innovations. The resolution of the most frustrating element of many modern horrors, namely the irrevocable knowledge that those present may just as well have used the ample technology afforded to them to call in the cavalry, while seemingly groan-inducing at the outset, like so much of the film packs a supremely ghoulish and duly shocking twist.

The one substantive drawback of the feature, by no means an impediment to its enjoyment, is that the danger posed, while astutely diabolic, harbours a gaping intellectual blind spot, itself the crux of the action, exploited throughout by those not so prepared for such a fraught night that should render the threat just that bit less extreme, though to see how this dynamic plays out is too one of Better Watch Out’s most compelling traits. Carried by a series of deft performances, the story, for which any viewer would be best rewarded by going in unawares, like the consummate horror before it and the title itself taps into a well-worn aspect of our lives or adolescence seemingly innocuous but here taken to one of its absolute and thrilling extremes.

All the better for an abrupt twist that allows for the subversion of even more horror conventions than would be readily apparent from its opening act alone, Better Watch Out is so much more than the sum of a few great performers and a fantastic idea.

Better Watch Out is screening at the Sydney Film Festival