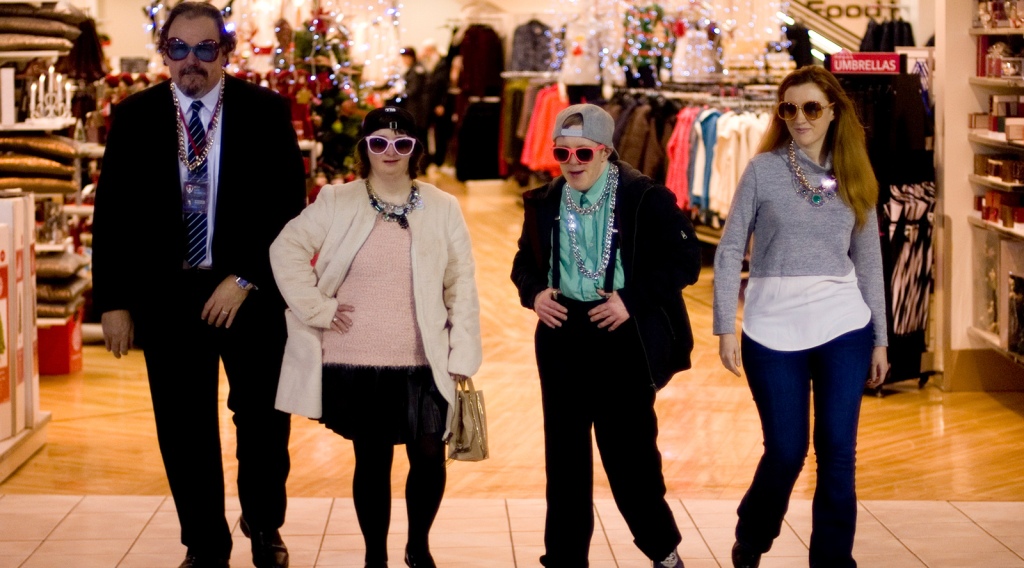 “To actually have a film that manages to change the law, change people’s lives, there’s nothing better than that.”

Director Len Collin flew out from Ireland to attend a special screening of his film Sanctuary, the closing feature of the latest Galway Film Fleadh. An equally confronting and hilarious picture about a group of intellectually disabled persons and their carer among whom are Larry (Kieran Coppinger) and Sophie (Charlene Kelly), who long to be together and use a trip to the movies to sneak away from their friends and spend some time alone in a hotel room.

“For people who don’t know, Section 5 of the Criminal Law Act 1993 made it illegal for two people with intellectual disabilities to have sex with each other unless they’re married,” explained Collin to the large crowd at Sydney’s Chauvel cinema on the second night of the annual Irish Film Festival. “The actors were very aware of the legal situation themselves, it was something they felt very passionately about because whilst they wouldn’t be rushing out to go book hotel rooms or anything else like that the fact of the matter is they’re well aware they’re treated differently to everyone else.”

“That was how it was; because of this film, because of the play and because of the work of Inclusion Ireland and other lobbyists we got the law changed about three weeks ago,” Collin told the crowd to applause.

“It’s rare that you can actually say this is a film that can change lives but this film has changed lives already. What happened in the film was against the law when we filmed it, it’s no longer against the law which is fantastic.”

Originally a stage production, with actors from the play reprising their roles there was an obvious rapport and palpable chemistry between the cast, most of whom, as is less than commonly case, were intellectually disabled persons. Dramatic in parts, the comedic stretches as some characters gradually escape the cinema and find themselves in bars, shopping centres and all manner of situations prove the most memorable and eclectically comical, rivalled only by some of their interactions with each other and Sanctuary’s stirring about-turn of an ending.

“When I saw the play it just screamed out film to me – there’s very few films if any that are set in this world,” explained Collin. “It was one of those very Irish things; after seeing the play I went to the pub and then I suggested over a few pints that we should make a film… four years later this is the result, it was a long time coming.”

“Conversations were had with the actors from the play in terms of the many story ideas that came from there, partly from their own experiences, partly from things they knew about… but I also worked very closely with the actors on the aspects of the film which differ from the play. The play has a much more upbeat ending and I thought for the reality of the film we couldn’t have an upbeat ending, we needed to end it as it would end in real life.”

The film has been well received in Ireland and at screenings around the world, and the clearly close-knit cast are thrilled with the result.

“I don’t think I’ll ever work on a film again that will teach me as much as I’ve learnt working with those fine actors,” said Collin, adding following a Q&A that the performers were delighted with the recent changes in Ireland.

“It’s another step towards them becoming equal to everyone else, and that’s really what it’s all about.”

Sanctuary screened as part of the Irish Film Festival, for more information head to the Festival Website