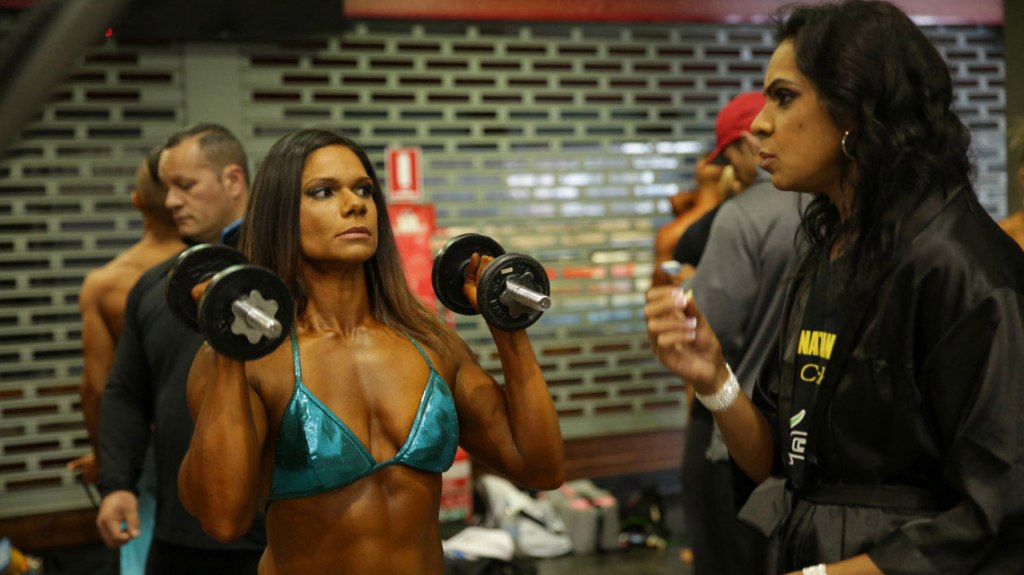 Many films have chronicled the bodybuilding champs and tournaments, most famously in Arnold Schwarzenegger’s ’77 hit Pumping Iron.

Relocating the action to Redfern and Newtown, Destination Arnold centres on Tash and Kylene, two local Indigenous women and bodybuilders hoping to compete in the Arnolds, an amateur bodybuilding competition held in Australia for the first time and taking its moniker from the man himself.

Featuring Arnie in two fleeting scenes, including his first heart-warming encounter with the pair, the film focuses on their training regimes, what it means to put in the effort for the competition and the interactions between the two, their families and their trainer. Shifting throughout to the wider world of competitive bodybuilding, while remaining centred on the pair, Destination Arnold nonetheless explores the phenomenon, its cultural impact and its still-growing interest within Australia.

This film would not be half as good if it wasn’t for the infectious and palpable enthusiasm more than evident in both Tash and Kylene. Whether going through their training, prepping for the competition, trying on the contest outfits or laughing with the kids, the pair are visibly motivated and (mostly) having a good time, rendering their efforts all that much more rewarding and enjoyable to watch as they progress through their respective regimes.

Delving deeply into aspects of their two lives and relationship, alternately uplifting and at times less than ideal, like other entries before it Destination Arnold paints an elucidating picture of how competitive bodybuilding and sport more generally enrich people’s lives, here depicted vividly through a series of local bouts. Filmed over an extended length of time, Destination Arnold thankfully isn’t just a snapshot or passing insight into Tash and Kylene’s world, chronicling the continued strain, as well as the highs, and lows of the sport.

A classic tale of endurance, Destination Arnold is a novel insight into the supremely intense, pressure-fuelled world of amateur bodybuilding.