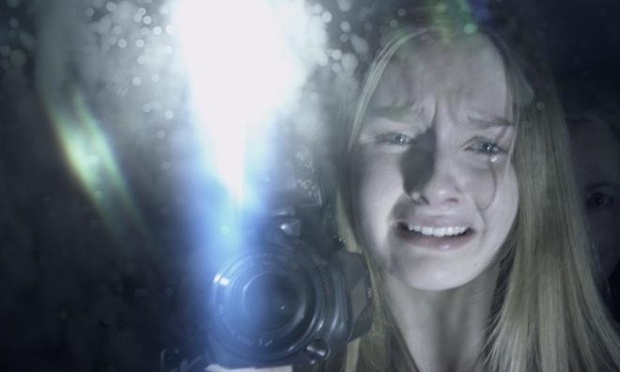 I went in with no expectations, leaving more than pleasantly surprised at seeing one of the best horror films in years. M Night Shyamalan of The Sixth Sense fame has gone back to basics, making a genuinely clever, chillingly funny horror-thriller.

The Visit is the type of film that will enthral horror fans and aspiring film students, a tightly-scripted shocker that could easily have been made with two handy-cams, a rental property and a couple of hundred grand. A brother and a sister head off to spend a weekend with their grandparents whom they’ve never met, warned that they have to be in their beds by 9:30pm. On their first night, they start to hear and see one of the grandparents acting strangely, and in natural course it escalates from there.

Aptly choosing to shoot in the Chronicle hand-held fashion, with both children doubling as amateur filmmakers, Shyamalan has crafted an eerie, slow-burn horror which can alternately be viewed as a subtle horror-comedy or send-up of the genre. Allowing for commentary from the characters and some brusquely physical filmmaking, the realistic documentary style made the film’s 101 in horror dynamics that much more frightening and fun to watch.

Opting for lesser-known actors, as with other low-budget projects The Visit’s naturalistic style elevated Shyamalan’s accomplished self-aware horror, his most creative effort in a long time. Pulling out all the recognisable tropes of classic frighteners, the clichés are laudable and comfortably contribute to the development of the story as well as the expected and very welcome twist, with Shyamalan nicely playing off the audience’s well-worn familiarity with his films and other famous shockers.

There are sheds, wells, broken mirrors, urban legends, rocking chairs, things that go bump in the night and even a basement. The “no don’t do that” and “don’t go down there” moments, rather than detracting from the film and making it tiring, achieve something on par with Joss Whedon’s excellent Cabin the Woods, successfully sending up elements of the genre while superseding less creative horror entries to deliver a frequently scary, funny and frightening thriller.

The Visit is in cinemas from September 24