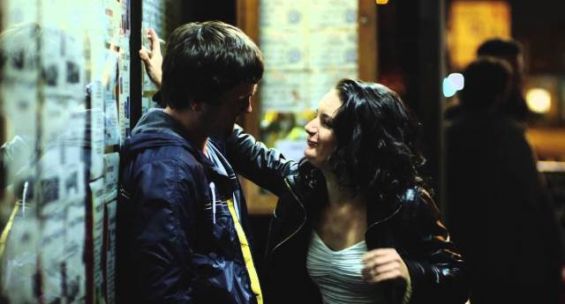 The Irish Film Festival’s director, Dr Enda Murray, worked in conjunction with the local Irish community to export some home-grown cinema that otherwise would never have been screened in Australia. FilmInk sat down with Dr Murray after a Sunday night screening to discuss the festival.

“The festival has gone really well, we had a great opening night, we had lots of people come to different films… I wanted to mix up the programming and have some films which are popular but I also wanted to bring over films from Ireland that I knew would never get a theatrical release here.”

The festival focused on “youth and music,” featuring contemporary films depicting the punk scene in 1970s Belfast, a history of Irish pubs that have been passed down through families for generations and the identity of Irish Indigenous Australians. With the growth of Australia’s Irish community and diaspora communities worldwide, the films chosen chronicle the impact of emigration from Ireland on different cultures and on Ireland itself.

Living in a Coded Land was the first of the films to screen on Sunday and an Australian premiere. Told through interviews, stills and documented footage, it followed the ‘wheel of time’ in Ireland over decades, large emigrations to the United States, the growth of the modern nation and the traditions in Ireland that don’t change.

“It managed to mix up politics and history and art… it was a very visual essay and a lot of the meaning was in the pictures which I think is quite unusual for films,” said Murray. “It was a great use of archive and I loved the way Pat Collins juxtaposed the different images to make sense and to sometimes confuse us a little.”

The film opens with the comment “the mould is broken,” describing how changing industry and modern necessities impacted decades old mentalities, contributing to a modern Ireland that still maintains its strong connection to history. Jumping between famous battles, rulers, sport, poverty and business, Collins paints an affectionate, patchwork tale of Ireland’s political economy, covering many topics in small detail through his collection of images, never really settling on themes long enough to truly flesh some of them out. Living in a Coded Land is an evocative visual collage of the evolution of Ireland where, as the narrator states, “the wheels keep turning.”

Out of Here (pictured), also an Australian premiere, is the story of Ciaran (Fionn Walton), returning to contemporary Dublin after the trip of a lifetime, navigating friendships, love and finding a job. Said Murray: “The film revolved around a young guy coming back after backpacking through Australia and Asia… quite a few films, they finish where they bring the main character to the airport or the harbour and they emigrate and that’s the end of the story for Irish audiences in Ireland, whereas for us over here that’s really the beginning of it so it’s nice to see a story of somebody coming back and picking up the pieces.”

Shot on location in iconic Dublin, the city will be as alien to many viewers as it is for Ciaran, dealing with the changing attitudes of class-mates, family and Dublin itself. Following Ciaran as he wanders aimlessly, with lingering shots on locals and city life, the film is as much about Dublin as it is about Ciaran, depicting the challenges of young people in Ireland struggling with economic pressures and simply growing up. Out of Here ends abruptly and much as it started, focusing on mateship, navigating the unknown and starting over.

With important local support from the Australian Irish community for the inaugural event, hosted by the Chauvel Cinema in Paddington, the festival has strong prospects for becoming a regular fixture in Sydney.

“People have come up to us and said it’s fantastic to have an Irish Film Festival in Sydney and it means a lot to them… we’ve built the framework so it will be a shame not to do another one. I’d say at this point it looks like we’ll certainly do another one.”

For more on the Irish Film Festival, head to the website.