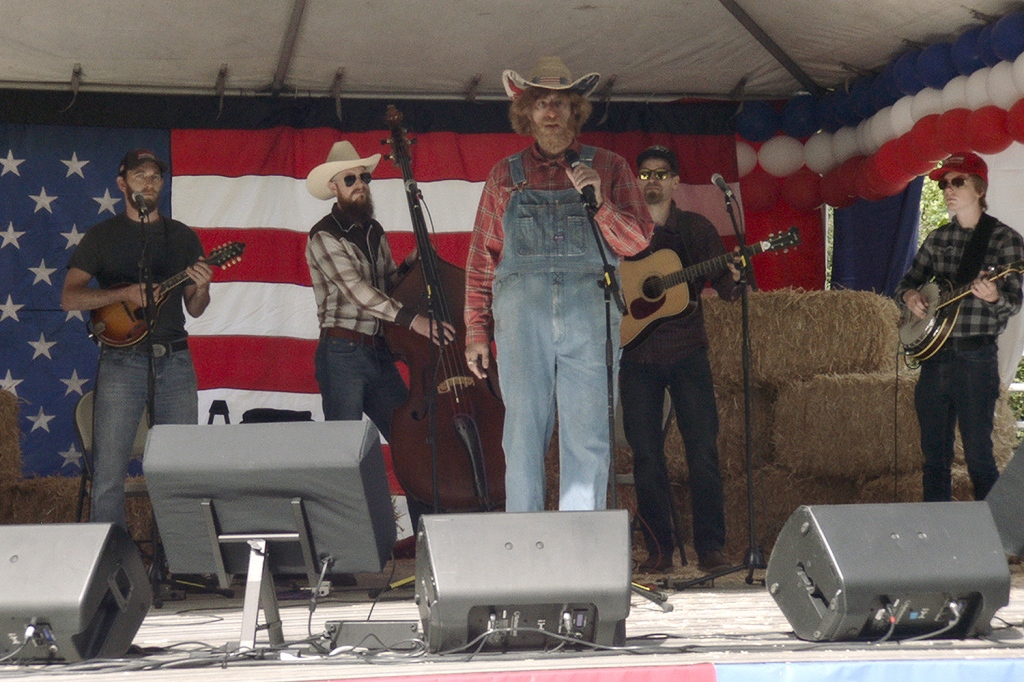 Borat hasn’t aged well of his own accord.

Filmed hastily and in secret, Borat Subsequent Moviefilm feels as if it was always planned; a familiar reaction to an unfamiliar time that unlike most filmic satires stands current. Returning from greatest country in the world Kazhakhstan to Yankeeland intent on granting gift to Vice-Premier Pence, the now ubiquitous figure, forced to undergo disguises of his own, is here accompanied by daughter Tutar (Maria Bakalova).

Sacha Baron Cohen’s creation, designed to tease out the (sometimes) underlying prejudices of his subjects, is here confronted with ever more folks that bit more blatant. Finding it evidently less necessary to more greatly manufacture encounters, an amazing fourteen years later we are treated to a yet more numerous number of regrettably extreme episodes more apparently naturalistic and better for it. A much publicised (risk-filled) segment at a rally where Borat serenades the crowd are among several absolutely and sadly believable interactions.

Greater still, Cohen’s caustic approach, designed in 2006 in any number of segments to emphasise shock rather than satire, remains a perversely apt response to much of today’s discourse. Replaying the clip of Pence celebrating President Trump’s triumph over COVID-19, Borat’s immediate subsequent heckling of the Vice-President at CPAC and in so crude a manner might seem self-defeating had it not been preceded by such rhetoric.

Does this play predominantly to left mentalities of which Cohen is an avowed proponent; sure. Does his over-encompassing emphasis on shock humour, albeit some of it laced with satire, still appeal to general audiences today in spite of it being overplayed and the most repetitive form herein if in fairness not altogether unentertaining; yes. Are the sections proffering misleading characterisations of Kazakhstan (more on this later) mirthful if decidedly rote; absolutely. Will folks want to make up their own mind on Giuliani; without question.

The film emerging most notorious for quite literally catching the former New York Mayor with his hands down his pants, while it’s fun for many to scream gotcha there is nothing alike the smoking gun swathes would gladly believe it to be. No Giuliani, the person in the position of power whom it is established Tutar is enamoured with, should not be accompanying the 24 year-old post-interview up to a hotel room. There is no reason to ask for her address and phone number and no excuse Republicans would be happy with for his touching her side in the manner he did or otherwise finding himself in this circumstance. As for his explanation of ‘taking off his mike’ as reason for lying down on the bed, it’s plausible if very irregular.

This would all have been received very differently if Giuliani was married, if Bakalova or her character, as Borat bursting in intimates, was in fact underage or if Borat had not been so prompt; the production crew likely making a predetermined and considered decision to intervene at such a juncture.

Now; to Kazakhstan. It’s always been more than irksome that Cohen chose Kazakhstan instead of say adopting the Austin Powers Kerplakistan approach. Very significantly more modern and less bigoted than the film and it’s lead suggests, the Central Asian nation have notably adopted a different approach in recent days and decided to own it; championing ‘Very Nice’ (sans Cohen’s accent) as the nation’s new tourism slogan.

Cohen however knows that satire cannot generally and moreover should not be restricted; everything about Borat signals that it is exaggerated and audiences certainly should be educating themselves about Central Asia beyond and separate to this franchise. Importantly, Cohen is not taking the mickey out of Kazakhstan, he’s skewering American perceptions of the region and, at least to some western audiences, foreign entities more broadly; something too resplendent in his tone and emphasis. The local faux Disney cartoon Tutar obsesses over, nailing the classical style of animation in its depiction of Slovenian peasant Melania and the fat King Donald, is illustrative in this regard. Rising above any perceptible mockery of anything east of France to evidently and at once take aim at the American Administration, sexism, US perceptions of the world and too lightly parody the mouse house, it’s the film’s best gag accompanied, conversely, by a rush of nostalgia for the Disney of a bygone era.

To Cohen’s characterisation of Kazakhstan as a greatly misogynist, racist and antisemitic nation, it is however a missed opportunity that if he were going to centre on a real nation that he didn’t pick one where these attitudes are more predominant, of which there are many. The sequel’s exploration of feminism and Tutar’s awakening from her abysmal upbringing are actually some of the best facets herein; the character’s encounters with an influencer and an address she gives in this regard among highlights.

No review of this film would be complete without addressing Bakalova’s contribution; unquestionably the breakout star of this movie she even outdoes Cohen in key scenes. With both performers but most significantly Bakalova convincingly depicting the political and thought transformations of their characters, what seemed an easy gag when Cohen heralded similar transitions in lesser features plays aboundingly well in the current political climate. Underlining just how impressionable audiences can and shouldn’t be to singular and emphatic perspectives to which they are alone exposed, this is a matter that Cohen in his private advocacy of late has more greatly sought to draw attention.

To this, Cohen’s dissection of antisemitism and the proliferation of Holocaust denialism as it persists online is notably sharp. It is to the film’s credit that it’s least current advent is that the relevant segments were likely produced before Mark Zuckerberg made his most recent announcement acknowledging the issue on his platform.

As a side note; while Bakalova is speaking Bulgarian when Tutar is not using English Cohen is of course speaking Hebrew when Borat is supposedly conversing in the character’s local dialect – the whole film being a lot funnier with an even cursory comprehension of the language.

Borat, on gleaning from Facebook that the Holocaust is a myth, dresses up as a ‘typical Jew’ and proceeds to meet a Shoah survivor only to happily learn that the Holocaust actually happened. Again using the opportunity not to make light of real matters but tragically in quarters their predominant perceptions, it’s a prime example from a film that not only mostly gets its balance right but when it does so excels.