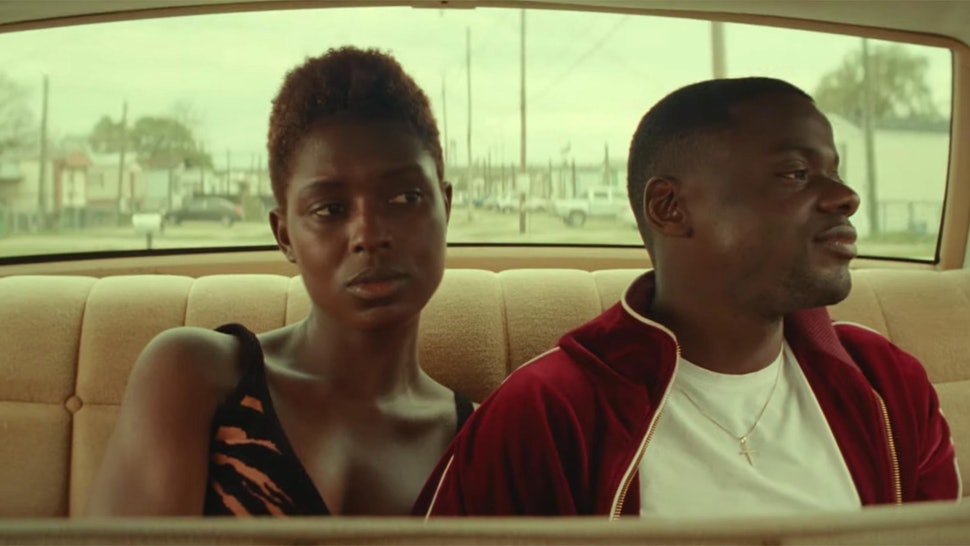 You’re going to hear a lot about how Queen & Slim is a lot like other movies, except it’s not.

Queen (Jodie Turner-Smith) and Slim (Daniel Kaluuya), on their first Tinder date, are soon pulled over by a Police Officer when tensions escalate and after a violent confrontation the pair, two very regular citizens, flee Ohio for Miami and the prospect of life far from incarceration. Of course the reality of much worse lingers; each keenly aware that an altercation between two African-Americans and a Caucasian police officer can be of fatal consequence.

If this sounds vaguely familiar the film even takes steps to note that analogous with the very similarly titled Bonnie and Clyde however there’s a lot more moral ambiguity herein than we are proffered in the classic treatment of two hardened bank robbers. Establishing from the outset how straight-laced the pair are, one an attorney and the other a decided teetotaller overwhelmingly occupied with family life, the drama evident as soon as the siren blares is overly and tragically relatable for many.

Neither this event or any evasive action the pair take being outside the sad realm of possibility nor straightforward if emotionally-driven logic lends this very grounded film a welcome, prescient sense of urgency only furthered by the immediate and prevalent nature of their circumstance. Central to this is a believable willingness to take risks amidst what may very well be their last days on earth, ranging in effect from a highlight where the pair poke their heads out of the car and a scene featuring a horse; but one of several amusing junctures. Turner-Smith and Kaluuya are crucial in this regard and consistently exceptional; the burgeoning dynamic and romance between the newly introduced pair necessarily believable and in its emotional advents uncommonly intimate.

Having said this, and very aware of the cultural context in which this film will be perceived, the creators are apparently intent on taking a broad if identifiable stance on the lead characters’ actions and resulting impact; namely the fugitives’ championing throughout the US and the backlash (the nature of which is reflected in real life events) against the Police Force. Accomplishing this in part by having a myriad of sympathetic and less than sympathetic Officers from a range of racial backgrounds, there’s a world of difference between a kindly Sherriff they stumble across, a later Officer who condescends to his younger, black partner, and indeed our earliest exposure to the law.

The point is evidently meant to be driven home by the inclusion of a tangent featuring a young man encountered on the run who briefly accompanies them and is later involved in a violent protest. Blatantly underlining an aspect of the film’s ethos in a feature that otherwise managed a thoroughly complex, more subtle staging, Queen & Slim is also noticeably long and for all this film otherwise so well evinces and further imparts this segment could just as well have not featured.

Turning to the other obvious inspirations, Easy Rider fans will no doubt appreciate the elongated, sumptuous aerial shots of American countrysides and vistas situating us throughout the nation much better than road-signs achieve, with a visit to a local bar proving a standout. Moreover, and less straightforwardly so, Queen & Slim evokes that familiar from Butch Cassidy and the Sundance Kid; here on the run to the pair’s own version of Australia while dodging captors and finding romance. This, and the two other aforementioned sixties classics, notably bear similar endings and Queen & Slim, ever-conscious of its cinematic influences, certainly forebodes throughout to what could very well be a dark conclusion.

This author will not be discussing the ending except to say that like the rest of the film it’s very good; subverting expectations inherent from both foreshadowing that takes place herein and audience conditioning from those most favoured decades-old features. Queen & Slim in effect presages several ways such a drama could conclude i.e. will they both escape, will neither, will one or the other or will one meet a grim end before their counterpart. For what it’s worth it was the nature of conclusion this author was least expecting which capped off an ever-involving and accomplished work.