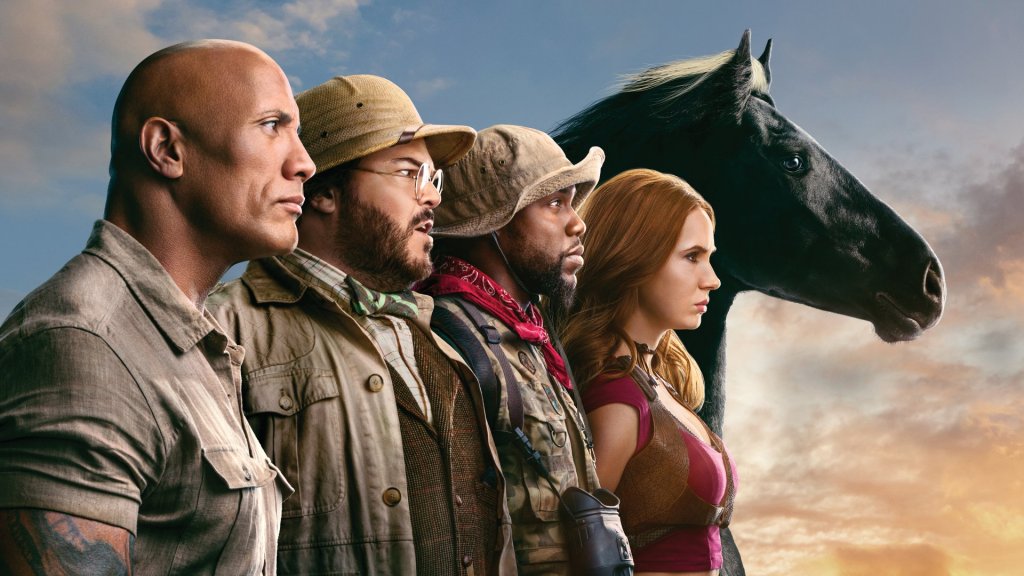 It’s good – don’t be too surprised.

The first Jumanji sequel, more greatly benefiting from low to no expectations than its own successor, is roundly better than this now third instalment in large respects for just arriving before.

Both recent versions being above average kids fare (somewhere squarely between the Paddington films and Ralph Breaks the Internet), the foundational Robin Williams flick has a special place in the hearts of countless viewers, this author no less. Having, with one possible exception, seen the now classic more times than any other film, a remake was considered by many to be foreboding sacrilege.

What transpired was light-hearted enjoyable fun in the jungle with Dwayne ‘The Rock’ Johnson and Karen Gillan having a ball playing against type as awkward teenagers subsumed within their counterparts’ adult bodies. This time around, because you have to switch things up to be a sequel and all, the now college sophomores are transported back to Jumanji and into different avatars, with Jack Black featuring as the jock rather than the much more statedly fish out of water Bethany.

Johnson and Hart take on the personas of accidental adventurers and elderly hangers-on (Danny DeVito and Danny Glover playing old friends and in the former’s case grandad to one of our troupe), in what is no question one of Hart’s two best character bits to date; the other being the underrated Central Intelligence. The stand-out funniest scene of the whole flick is a completely unnecessary but oh so hilarious aside relating to his character’s aversion to cake. It likewise having been a special joy to witness The Rock doing his best Alex Wolff impression, it’s not nearly so funny seeing him play an old man, if still a highlight of this whole adventure.

The introduction of the avatar later allotted to Bethany being a peak of recurring visual humour, the potential of the body-switching bit (emblematic of the range new series entry Awkwafina ably masters) is comparably squandered by the treatment of Gillan. The only main cast member not permitted to let loose with a new character, as good as her Martha is Gillan, an underappreciated performer, deserved the opportunity allotted to her co-stars to diversify within a new role.

Rhys Darby returns alongside a few supporting players for some reliably good turns, with the introduction of a new villain (Rory McCann) proving as generic and uninteresting as Bobby Cannavale’s appearance two years ago. Action highlights include a Mad Max parody while others are too confusing and/or reliant on CGI. On this matter and of curious note, The Next Level is too now the third major 2019 release to very prominently feature mandrills; this year’s most bankable primate.

Best in show is predictably DeVito, running rings around all else herein with very little effort. Highs and lows aside, as a fable The Next Level lands well, with welcome lessons on the vacuity of online representations of self and growing old pervading much of what could have been an empty-headed digital romp.

For all that is regurgitated from the 2017 hit there’s still more than enough to render The Next Level a delighting story unto itself. It’s non-essential viewing for anyone who can bring themselves to the movies but for what it’s worth if I had kids, I’d take them.

Jumanji: The Next Level is in cinemas from Boxing Day