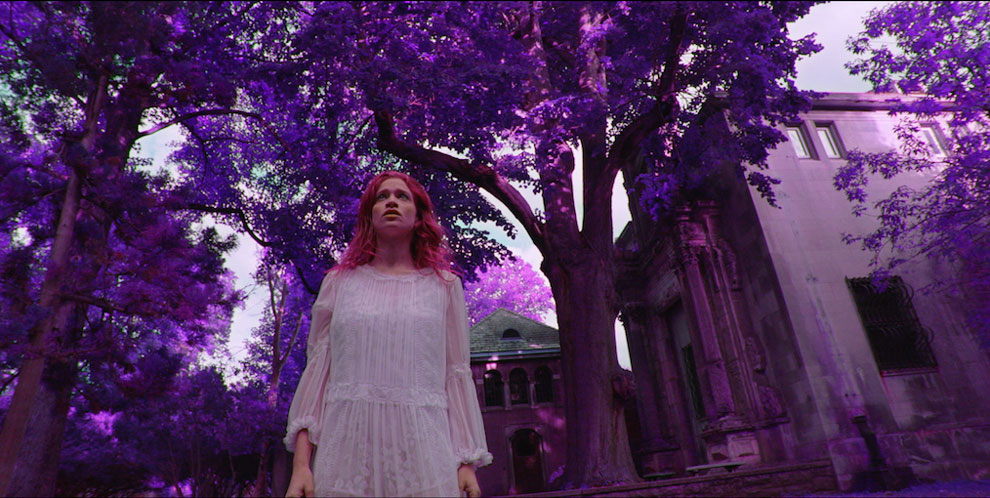 Two friends, on the run following a drug bust, land in their childhood bestie’s otherwise abandoned mansion. Forced to hide out with Daphne (Madeline Brewer), their host, apparently stuck in the friends’ childhood games, has some make-believe in mind.

As this is the Underground Film Festival, the resulting trials are not especially G-rated.

Brewer, coming off excellent runs in Cam and The Handmaid’s Tale, emerges the most compulsive of the trio; her outwardly unhinged, alternately plaintive and demonic approaches to proceedings rendering events both unnerving and duly mysterious. Her character too seen to switch seamlessly between an agile intellect and haplessly vulnerable to the point of being almost immediately overcome when the plot so demands it, the writing, while good, doesn’t operate at the level of the film’s stars.

Seeking a balance akin to Split, M. Night Shyamalan’s thriller managed its own not dissimilar dynamic a bit better. Braid too prominently imparts in not insignificant respects very idiosyncratic motifs resplendent within a psychological thriller of 19 years past from a then burgeoning Director. This being far from the first shocker to display facets of the very well-known feature, the extent to which similar elements are utilised here to convey it’s own shocking denouement is not inconspicuous.

Featuring a largely stock-standard police presence in the guise of Scott Cohen (one for the Gilmore Girls fans out there), he does feature in one excellent sequence where Braid’s premise begets deadpan at it’s darkest; the form being here adopted in service of unusually grim comic territory.

Packing in yet another flourishing rendition of Figaro, the most mainstream stylistic choice herein, Braid falters in not establishing early enough the extent of the stakes and key circumstances under which such a situation could transpire. Elements essential to the revelations are left until much later when some of that grounding, given the morbidity to which the characters come to be exposed, was sorely needed.

Staging sequences with some well-placed off-kilter camera dynamics coupled with a colourfully drenched visual palette to accentuate varying scenes, what could have used some upheavals in the scripting still has a fair bit going for it.