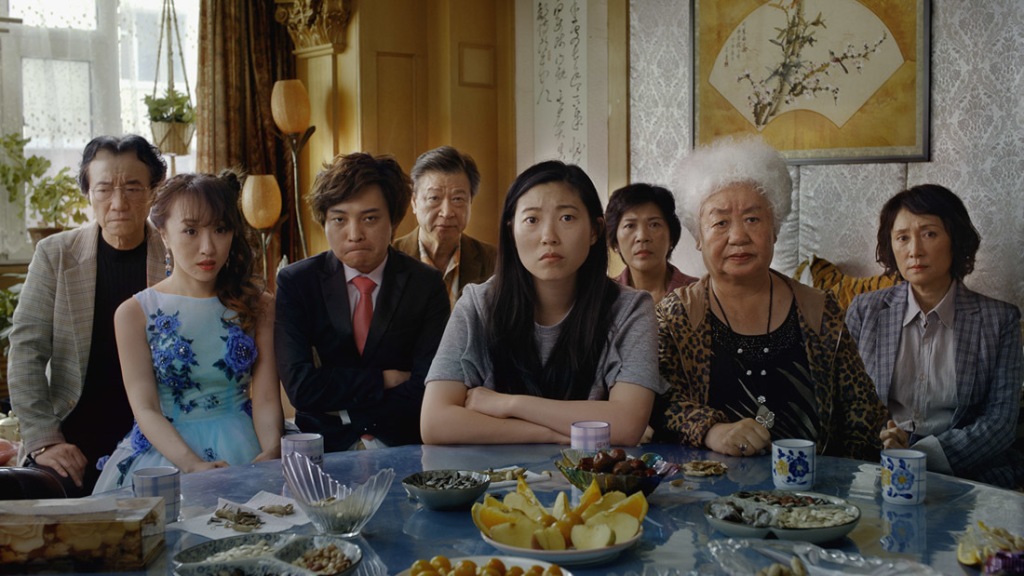 It’s far from unheard of that a film’s production or genesis is as if not more interesting than the finished product, but it’s rarely the case for so quality a picture.

Billi (Awkwafina), on finding that her beloved Grandmother may likely soon pass, departs New York for China where her extended family reside. Managing to a degree with the local dialect and the familial differences given her predominant Chinese-American upbringing, harder still is swallowing that her family, as is custom, don’t plan to tell the matriarch that she is terminally ill; instead choosing to let her live those prospective final months content, surrounded by loved ones.

A decision intrinsically shocking to many, it’s a remarkable testament to the talent herein and dexterity in depicting this distinct cultural divide that so many present in the subsequent Q&A with Director Lulu Wang so openly shared their like experiences. Wang, significantly permitting both sides of this debate to air absent overarching judgement or the imposition of overt moralising any which way, situates those unfamiliar with such circumstances in these environments about as well as can be done.

When flashpoints as to those cultural differences emerge over dinner, the discussions elucidating on that all too familiar to many of diverse cultural backgrounds, save one very blatantly expository exchange between Billi, her father and uncle, are imparted well and as natural consequences of proceedings. Awkwafina, playing against type in a dramatic role, fares exceptionally well; the emotional resonance of her performance exceeded only by Zhao Shuzhen (Billi’s Nai Nai) and one exceptional sequence at a wedding heralded by Billi’s uncle – an uproarious turn that is too a very definition of pathos.

Now; that ending. The screenplay suggests (broadly) one of two directions that this film could go, raising questions as to whether Nai Nai will be told and whether Billi, least au fait with the family’s decision, will tell her. What transpires, well, it’s about as upending and impacting as can be, down in no small part to the deftness of the scripting and a series of superb performers.

It being worth in no small measure reading up on this film’s production and the real life circumstances which inspired it, while these truths may be as if not more intriguing than their corresponding fiction that rendered here so skilfully is rewarding unto itself and a clear highlight (and stand-out for this author) from this year’s Melbourne International Film Festival.

The Farewell will be in cinemas from September 5 and screens as part of Melbourne Openair Cinema on October 29, as part of Sydney Openair Cinemas on Thursday November 21 and as part of the Travelling Film Festival in Wagga Wagga on March 7, 2020 and in Ulladulla on March 8, 2020

The Farewell on Film Fight Club