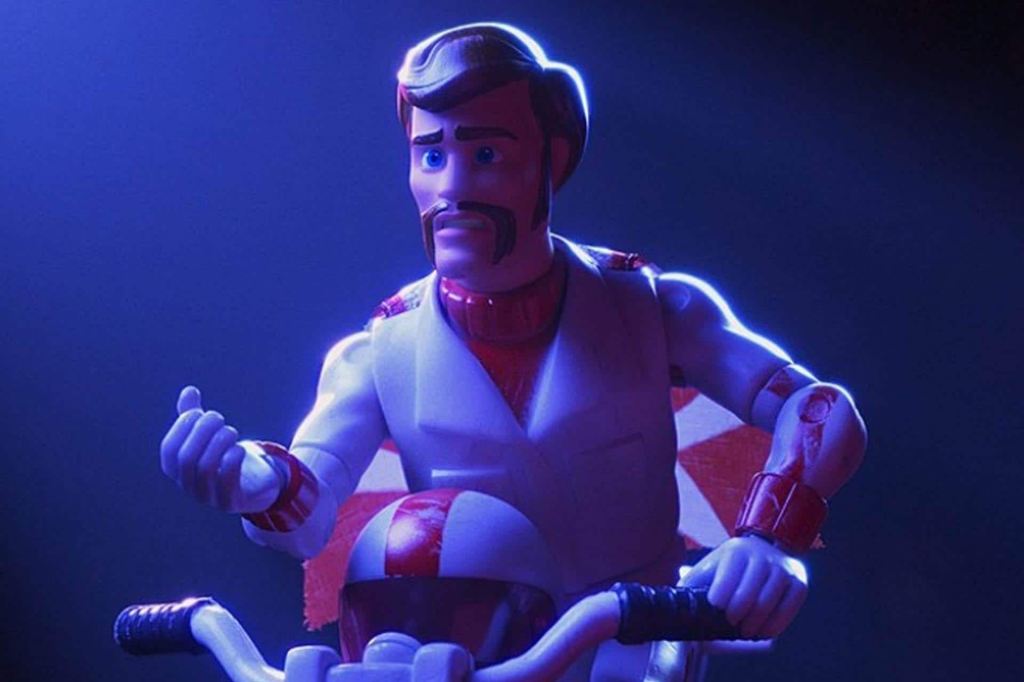 Toy Story 4 doesn’t need to exist but I’m so glad it does.

For there’s nothing especially new or different about Woody’s latest foray, as has been increasingly apparent with each addition to the franchise. Here, again, Woody, now beholden to Bonnie after Andy’s heartfelt departure, attempts to return a toy or more, himself included, to a loving kid; encountering another toy who, wreaking of benevolence and that much more sinister, would just as well he didn’t.

The announcement of Toy Story 2 and 3 moreover were fairly met with a degree of cynicism; why mess with or likely be derivative from what deservedly remains such a classic. With the results being anything but diminishing returns, even if the then speculative existence of Toy Story 4 was a throwaway gag in 2011’s The Muppets it’s only fair that we treat this series’ potential with a little more optimism.

Though we’ve seen most of this before, the jokes, the arcs, the heartbreaks, the terribly scary big world out there that’s even more frightening to kids and those toys who haven’t been altered to fit in with some fresh gag; they all land.

Yes the whole kids being fickle with their toys thing has played out but when a rejuvenation of the form nonetheless leads to an emotional beat to rival the end of Toy Story 3, the first of two heavy sequences with which this entry rounds out, you can’t really begrudge Pixar for again delivering something so affecting.

For a series first (and strangely so), Toy Story 4 darkly explores the disparity between how advertising depicts toys and us learning that they can’t do everything we see on TV. The matter being examined through the lens of Canada’s best and most charismatic stuntman Duke Caboom (Keanu Reeves), it’s a welcomely hilarious bit and one of the best herein courtesy of a Hollywood icon who’s had a friendly resurgence of late. And don’t worry Duke; nobody makes the first jump.

The villain plays a lot of the same beats as 3’s Lotso though that familiar won’t be nearly so grating as say some Marvel flicks which play the same tune every six months, with this franchise waiting an average of six years between instalments. No any length of time is not a pass card on originality yet these sequels have shrewdly chronicled themes relatable to one’s inevitable ageing with each successive instalment; mixing those familiar beats with, as best seen in 3’s conclusion, a reckoning with that we must come to terms with as we grow up.

Permitting time between films for the core audience to themselves grow and better relate to each progressively varied narrative, this time around that trajectory is dominantly reflected in Woody and most prominently so in this film’s final sequence, resonating with this long-standing lead’s strongest self-actualisation arc bar the first film.

Ending on a note of finality to rival the last entry, were there still another sequel given this one’s quality even 24 years on from the original hit it would not be an unwelcome prospect. Notably, 4 too takes further strides in exploring, of all times during the release run of Child’s Play, just how scary toys can be. This is in large part due to the excellent additions of Keegan-Michael Key, Jordan Peele and much of the film being set in an antique store; quintessentially eerie and replete with 50’s-era spookiness.

Tony Hale’s Forky, front and centre, is but the one really novel thing here; Bonnie’s makeshift newly-born much-loved googley-eyed pipe-cleaner utensil elaborating a little more on the series’ core ethos that one has value whoever you are and whatever one’s abilities can bring value to their own life and those of others simply by being there, caring and listening to yourself and those around you. It may seem trite or obvious but hey it’s true and there’s nothing wrong with some positive reinforcement.

Toy Story 4 is in cinemas now