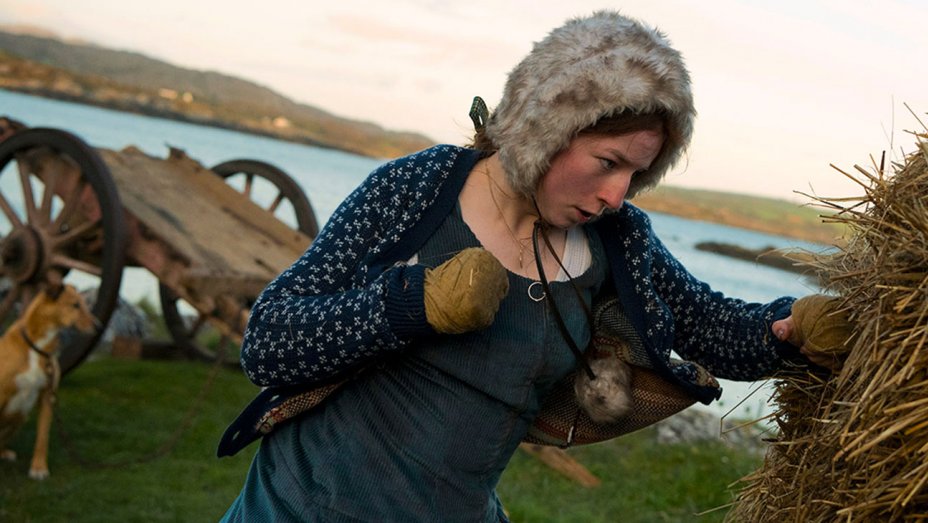 Stinging like a bee, Float Like A Butterfly lands every hook we’ve come to expect from boxing flicks, while unlike almost any that’s made it to the big screen.

Set amidst the heyday of Muhammad Ali, Frances (Hazel Doupe) makes do with her family on the less forgiving outskirts of Dublin and rural Ireland. Contending with her boorish but by no means singularly-dimensional father (Dara Devaney) who insists that her brother follow in his boxing tradition, Frances, herself idolizing Ali, aspires for gloves and a career she can bare afford.

Unlike The Fighter, Warrior, Million Dollar Baby, Southpaw and every Rocky and Creed film to name a few, Float Like A Butterfly doesn’t take place on so titanic a stage. Still cataloguing nearly every boxing mainstay from the down-and-out up-and-comer with an unenviable backstory to the age-old rival, the film does well to tap into that strikingly stated in Creed 2’s final moments and most impactful scene.

Managing the thematic heft less blatantly than it’s drastically higher-budgeted forbear(s), Frances, gradually and significantly in the film’s most important arc, fights not simply for money or else but something much more intrinsic. The matter of boxing as agency being no stranger to cinematic form, here the subject is brought to life vividly in several notably memorable sequences featuring Frances and her father, foremost among them a scene in a car involving her brother and a subsequent confrontation in their family’s home.

Too doing well to bring to life a period and setting unbeknown to many, it’s merely a backdrop for the interplay between Frances and her father with the two performers sharing the very best scenes in the film. Other story-lines are relatively shortchanged and occur in passing, such as those of the significant familial figures surrounding Frances near throughout the film or the fleeting presence of a prospective partner engineered by her father.

A palpably sincere and emotional feature, the rare instances where characters pointedly spell out the thematic thrust, or same is underlined by swells of music and momentary, stylistically discrete interludes of unspoken expression (be they atop a mountain or in an ocean), are few and far between.

Peaking with the penultimate and final confrontations between those who for very different reasons don’t see eye to eye, Float Like A Butterfly blends boxing centrepieces into something that you’re not generally going to get with cinema’s ever-recurring tilts at the genre.