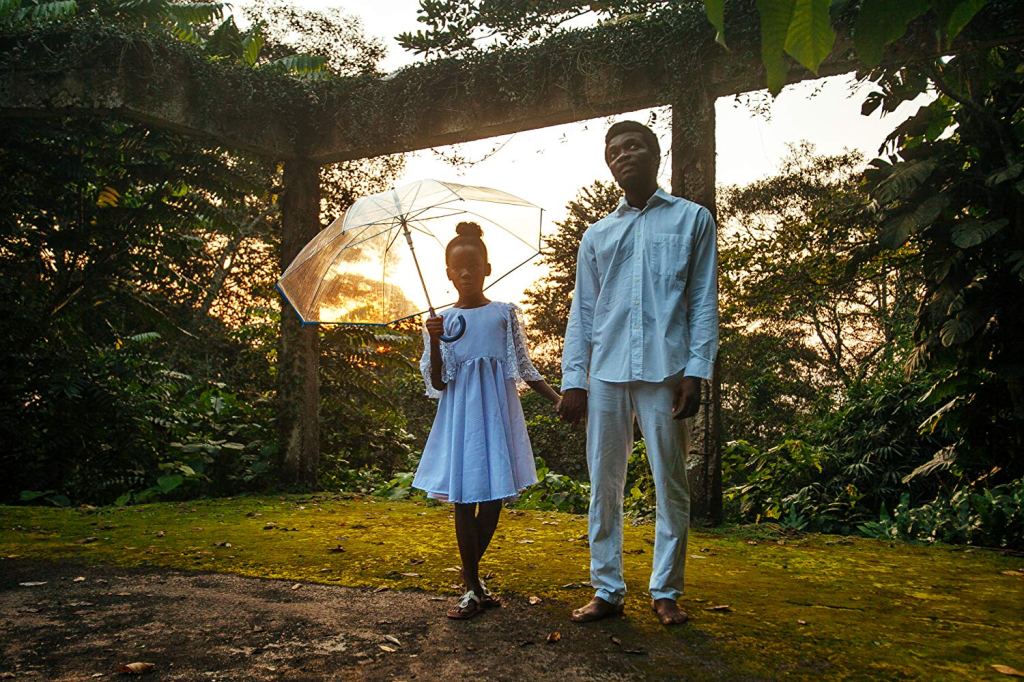 The key event and surprise in The Burial of Kojo, which will be ruined for you if you read just about any description of the film, is not what the film is about.

Suffice to say, Esi (Cynthia Dankwa), a young Ghanan woman, recounts tumultuous events in her and her family’s life, including those affecting her guilt-ridden father Kojo (Joseph Otsiman) and his brother Kwabena (Kobina Amissah-Sam). Helped and hindered along the way by the appearance of creatures and fantastical figures, much seems to take place, if outwardly focused, within the confines of Esi’s mind.

The story enveloping The Burial of Kojo is not original nor especially remarkable; the conspicuous placement of a television melodrama in one sequence blithely mirroring much that recurs in Esi’s own world. What does make this film remarkable is what first time feature Writer, Director, Producer and if this wasn’t enough Composer Sam Blitz Bazawule has done with evidently limited resources.

The Burial of Kojo is not dissimilarly creative or innovative from the likewise low budget Girl Asleep which also used masks, considered lighting, natural environments and practical effects to connote a dreamlike world persisting not too beyond our own. The emergence of the film’s darkest visage on horseback is but one instance of traditionalist, classical filmmaking effective for it’s dependence not on budget-heavy or computer-generated effects but mood, stylistic flourishes and the intended deployment of both ours and the filmmakers’ imaginations.

Similar touches are seen with the striking image of the burning of a car, the consummate staging of Esi running through what is in every respect a normal set of fields and the use of a drone to too capture this action and Esi’s growing sense of alienation. One of the film’s action sequences (a foot chase) is more memorable than many for being distinctly and so intimately shot, with filmmakers operating on a larger scale or budget prone to withdrawing the lens to focus on the breadth of a major set piece.

Effective at times, here that rendered conversely and shrewdly within the production’s constraints is all the more engaging and personal.

The Burial of Kojo is now streaming on Netflix