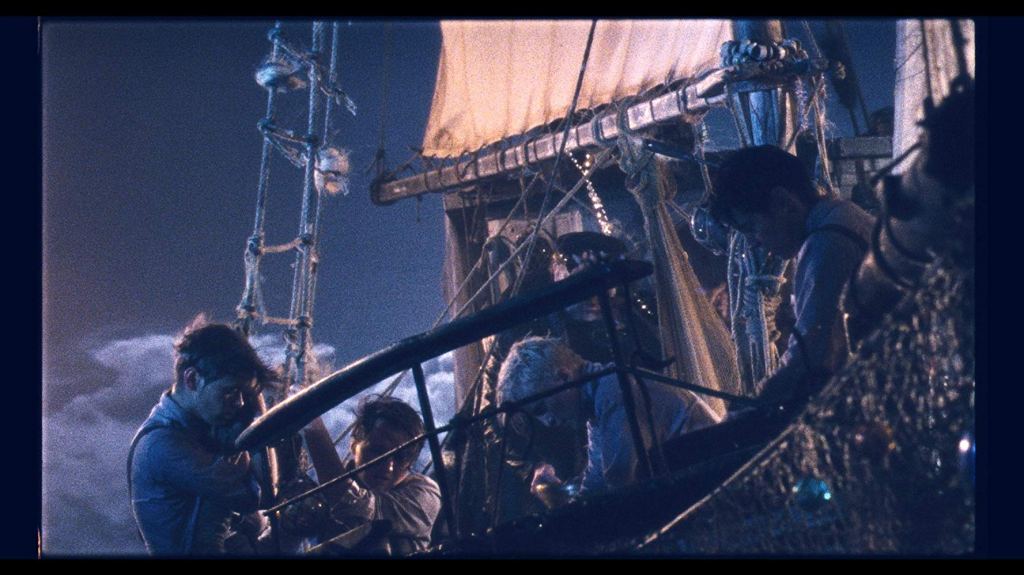 Visually captivating and ever in a constant state of flux, The Wild Boys’ thematic bona fides are just trying to keep up.

Sent away on a tiny boat with its flagrant captain after the commission of a terrible crime, the eponymous crew, all played by women, soon find themselves on an island with hitherto unseen and heavily symbolic flora and fauna; amidst much else uncommon and confronting.

The casting is but one aspect of The Wild Boys that lends the film to a less than usual dynamic and that too invites heavily varied interpretations of proceedings. Among that debatable, the earlier, more linear narrative, if steeped in a literal haze of figurative filmmaking, soon makes way for that overwhelmingly symbolic and allegorical.

Shifting between various palettes (indeed much of the film transpires in traditional black and white) and replete with surprising effects, purely as a visual narrative there’s a lot to recommend The Wild Boys and intrigue any prospective viewer. Whether it be the colourful flourishes on the island or the staging of the boat sequences, heavily reminiscent of 50’s-style adventure-romps and filmmaking, storyline aside the creative techniques are varied and numerously deployed.

The performers are too up for the task with several talented turns from those cast who could fairly, along with any prospective viewer, have initially had some difficulty in following proceedings.

Shifting gears as above, the renewed focus on that intendedly less discernible than traditional narrative or dramatic form deluges nigh every aspect of the film’s later stages. Fairly what could have been beyond the realm of succinct comprehension for this author is rendered sundrily throughout and oftentimes remotely cognisant of what came before.

What succeeds for it’s visual innovations and too for posing a myriad of questions and bases for conclusions remains intermixed and irrevocable from that decidedly impalpable and which unlike that pictorial never does the film so strong a service.