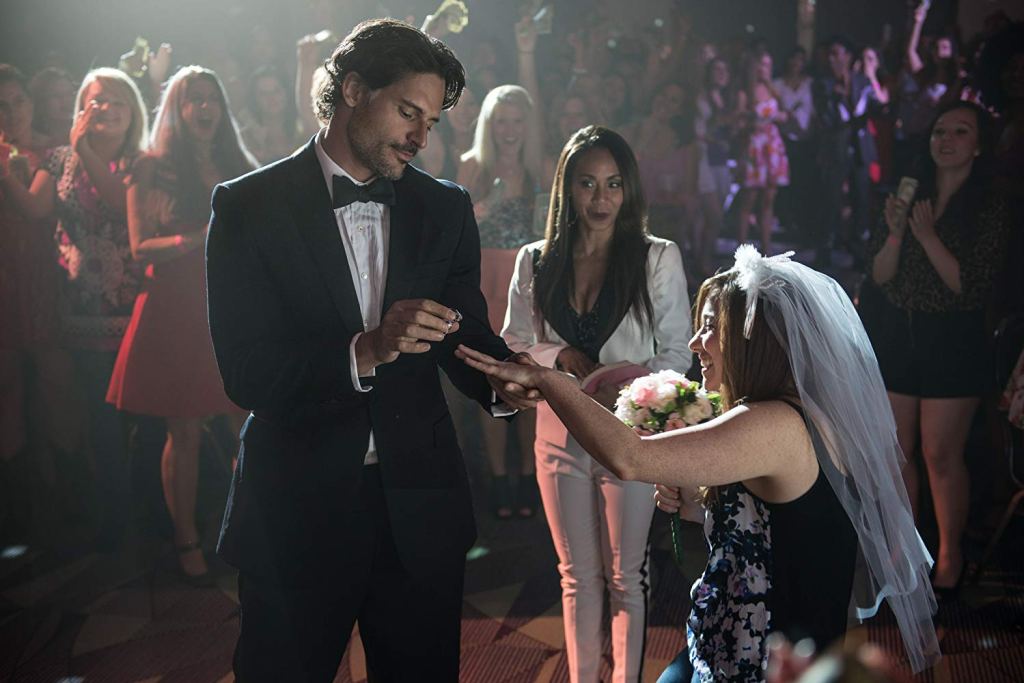 This author has never written a second review for any film. But then there’s Magic Mike XXL.

Rarely in recent memory has a sequel with such widespread, undeservedly low expectations so surpassed the bar set for it – and that bar, fairly, was not raised especially high.

Magic Mike was a passable Soderbergh drama about male entertainers intent on at once a light-hearted looks at their lives and uncovering that less than glamorous; too notable for being a turning point in the big-screen careers of Channing Tatum and Joe Manganiello.

Yes a bulk of the audience fairly didn’t and don’t give a damn about Magic Mike’s narrative nor that of its successor and but for that which was too at the centre of the promotional campaign the original is a largely run of the mill and forgettable drama.

Far from the case for its follow-up, central to their distinction is the very rare matter of rendering the sequel unto an entirely different genre.

For Director Gregory Jacobs’ Magic Mike XXL is not a drama, nor light-hearted in the manner of its precursor, but a road trip movie and importantly one of the most overlooked entries in the recent trend of nicecore.

The phenomenal Paddington films and Support The Girls, but three examples of the fan-favourite at work, are flicks where by incidence or design kind acts unto others reap rewards and good feelings (something one would hope remains fundamental to endearing cinema) for audience and characters alike.

Magic Mike XXL is not just a nicecore triumph, but one of the best examples of what the genre can do.

Adopting a loose, relaxed narrative and at times near stream of consciousness approach to it’s storytelling, the film hops between stops on the highway en route to a stripper’s convention, at all times varying it’s approach to depicting how the male entertainers interact, bond and support each other. Something as simple as dunking Mike (Tatum) in a pool or a sarky remark directed at Ritchie intimating he is Algerian (Manganiello and his character are of Armenian background) are only two instances of authentic, relatable and everyday exemplars of how men might typically meld and norm.

Depicting multiple moments where the crew egg on or try to one-up and simultaneously embolden each other, regular and quintessential antics historically deemed perhaps too standard for mainstream cinema are all the more palpable for being so heavily on display here. To this end the early sequence at a service station is one of the film’s finest moments.

Ritchie, attempting to make the attendant smile and writhing splotched in soda to the Backstreet Boys while his mates cheer on in delight encapsulates everything joyous about this repeatedly watchable flick. At once a depiction of male camaraderie and the team’s focus on doing things to make the women they encounter happier, Magic Mike XXL is essentially a story about a bunch of (very toned) dudes riding around in a van doing nice things for people.

Articulated a little blaringly by Donald Glover’s Andre who too acts on that same creed in but one of the stand-out sequences, the crew’s mission here is to render the underappreciated, less than content and even those seemingly alright just that much more buoyant and if that’s not a solid basis for a movie I don’t know what is. Whether it be indulging in the newly-introduced Rome’s southern oasis of joy (Jada Pinkett Smith having the absolute time of her life), Mike’s ongoing encounters with Amber Heard’s Zoe or the final, hilarious and utterly enjoyable ensemble act where the team put to use, as one might expect in any road movie, what they learnt along the way, there is rarely a moment not dedicated to making random passers-by, ourselves included, feel that much more ebullient.

As memorable as many sequences are, Magic Mike XXL’s highlight is regardless the encounter with Andie MacDowell’s Nancy and her besties as the groups uproariously mesh and any sense of under-appreciation is thrown by the wayside. Had the film offered us nothing else, this second act delight would still be worth the price of admission.

Having raised some of these thoughts with a friend, she quickly responded; “yeah, I wasn’t watching that film for the plot.” Fair enough – a core part of the audience for this series may or may not render themselves too focused on the character dynamics or narrative and will enjoy Magic Mike XXL all the more or entirely for the very creative sequences less heavy on dialogue.

A subsequent viewing having caused in this author among others a renewed appreciation for the 2015 hit that on reflection an earlier review did not do proper justice, Magic Mike XXL is a film that will no doubt endure and likely among new audiences as viewers start to revisit it or catch it for the first time. A staple of many a gathering and too of genres not suggested by it’s marketing campaign, Magic Mike XXL’s nicecore, fraternal and overwhelmingly appreciative bona fides recommend this gem to any and all whether it sounds like the last thing you’d go for or you’ve already caught it several times.