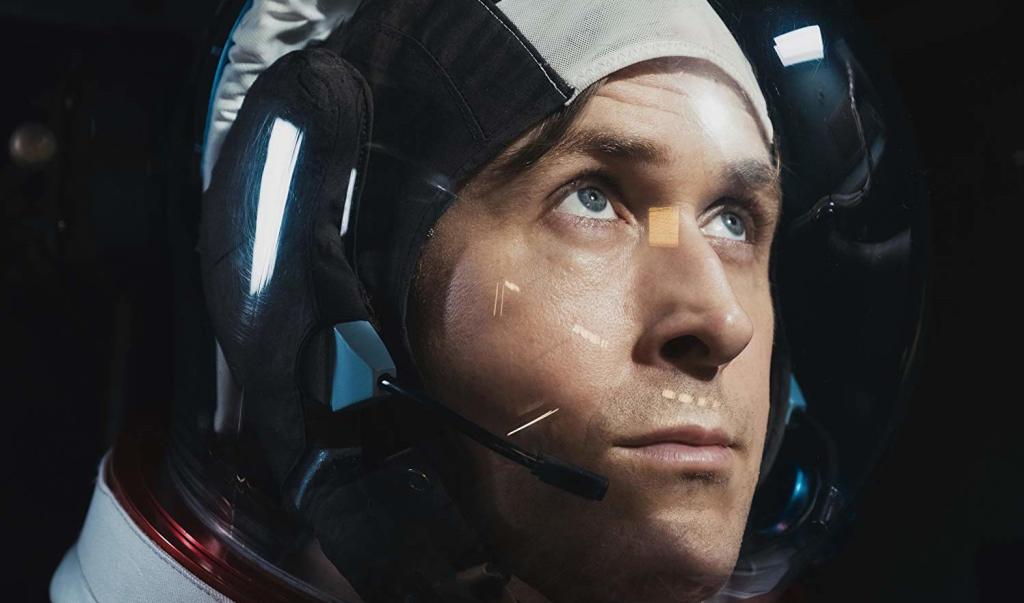 What is this movie about? It’s one of the first questions this author asks themselves whenever commencing a piece, though this one has me a little puzzled.

Ostensibly it’s about Neil Armstrong and the years, and hours preceding his one small step for man. But that’s not what this is really ABOUT – it’s just the backdrop for something else. The Dish, a much better film, was also about Armstrong’s giant leap for mankind – but really it was about a group of overwhelmed scientists punching above their weight when the whole world was watching.

This film isn’t about that, amidst this group of generally confident astronauts and NASA-types. It’s barely about the wonder of space exploration, with precious moments devoted to extolling that final frontier. It’s not about the space race, what with the Yuri Gagarins of the world all but forgotten after the first act.

It’s a little bit about the sheer gumption of undertaking such a task, not knowing if something or other would swallow them whole – but we don’t get much of this and it isn’t enough to carry a movie. This is certainly not about the technical proficiency required for space travel ala the again much better film Hidden Figures, for we are treated to but a glimpse of the advanced physics this would necessitate.

First Man is fairly about Neil Armstrong’s family, the matriarch of whom, Janet (Claire Foy – picking roles as far a stretch from The Crown as possible), plays a much more animated part than her husband, with Neil himself portrayed by walking-talking mood ring Ryan Gosling.

But again, this was never intended to be just a recounting of Neil’s most famous years, public or private. What this film is about of all things, when it boils down to it, is grief.

Experiencing a terrible tragedy early in proceedings, the reverberations of which are immediately felt, First Man is most identifiably about that terrible impact of losing a loved one. Having said that, this is only covered in large part at the film’s commencement, and then again, after a lengthy two or so hours, more pointedly as we near the film’s conclusion.

Directed by Damien Chazelle, First Man is straightforwardly the weakest of his latest three efforts. Whereas in La La Land Gosling showed a broader range of emotion and indeed humour, here his stoic, muted visage, deployed to much better effect in Blade Runner, conveys the presence of an intendedly inscrutable title character who as the crux of the film we are supposed to but never learn that much about. Painfully at times shoving the camera within inches of Gosling’s face in the absence of many larger-scale space theatrics you might expect, we are meant to have much of the trials and tribulations of the Apollo program, including some of its most dramatic moments, conveyed not through the presentation of an occurrence in and of itself, but by Gosling’s famously stolid staring abilities.

It’s not as if Chazelle can’t manage this – the best moments here are the sparing panoramic shots and First Man’s visual highlight, a failed solo flight by the household name who first put a foot on the moon. These innovations are regretfully overshadowed by Chazelle’s all too repetitive and frustratingly constrictive camerawork – think the staging of the car crash in Whiplash but exasperatingly ever-present throughout, and on a much larger stage.

Not settling on any particular thread nor idea, First Man quickly splits unevenly into a rendition on one hand of Neil’s training and interactions with other astronauts, among them Corey Stoll’s less than likeable Buzz Aldrin, and on the other an American family’s life.  Ultimately emerging a largely directionless re-enactment of NASA’s still most famous exploit and a rather middling retelling at that, the conclusion to which audiences the world over will already have seared on their brains; should First Man signal the start of awards season then we’re not off to a strong one.

First Man is in cinemas now