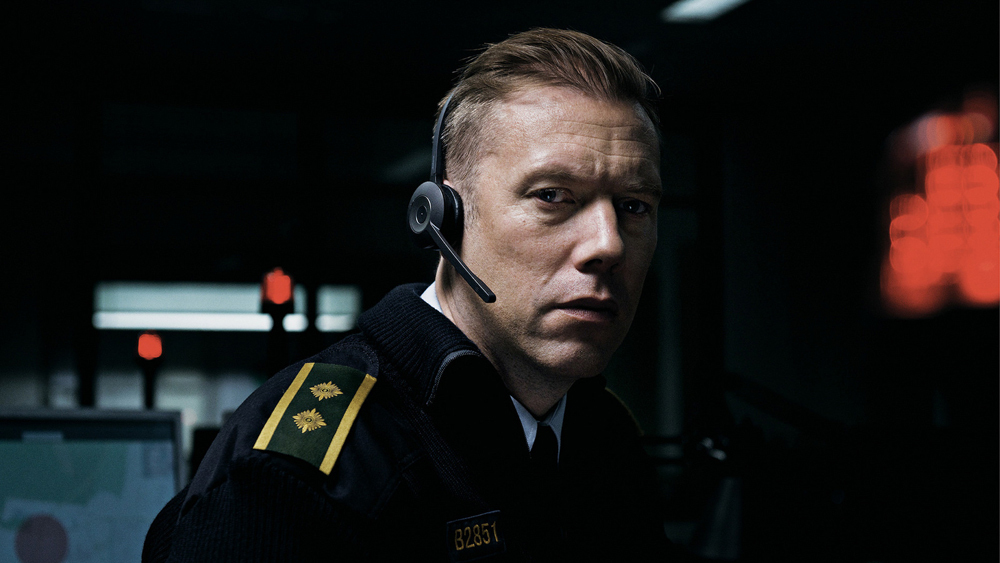 Packing more furrowed-brow acting into a film than you are ever likely to see, The Guilty is a reliably mood-driven Danish thriller.

Set entirely in an emergency response centre, Copenhagen cop Asger (Jakob Cedergren), demoted pending the outcome of some investigation or other, gets an apparently irreverent call, before realising that something more nefarious is underway. Calling in an abduction, Jakob tries to chase down the fast-escaping vehicle and figure out just what is going on all from his work-station.

If this is starting to sound like the remake of The Taking of Pelham 123 or, worse, Halle Berry’s The Call, rest assured it’s a lot better. A solid premise mounted with a superb performer is enough to sell just about any thriller including this one, even if the film veers badly in it’s final act.

As claustrophobic a movie as you will likely see this year, as depicted we may just as well be one of Jakob’s co-workers hanging off his desk and every word. With no location or marked scene cuts to break the tension, we are thankfully throughout not at a remove from Jakob as we acclimatise to his rhythm of persistently checking for updates or nervously waiting for that voice on the other end of the line.

Deploying some clever lighting techniques to depict the passage of time and the day’s light and lack thereof, considering the film takes place almost entirely within a dimly-lit room there is an evidently naturalistic sheen to proceedings. A sub-plot involving Jakob’s impending hearing is serviceable, fleshing out his character as needed and wisely not distracting too greatly from the central, more compelling narrative.

Heading into near-obligatorily dark territory as things progress, a twist, where the film could just as well have played it straight and continued to feed off it’s already involving premise, undermines the gritty realism of so much that came before. Ill-able to justify the upheaval with some hastily inserted dialogue which clashes so heavily with the less illogical occurrences that preceded this about-turn, but for the film’s less effectual conclusion Cedergren still carries this taut, disquieting thriller.

The Guilty on Film Fight Club