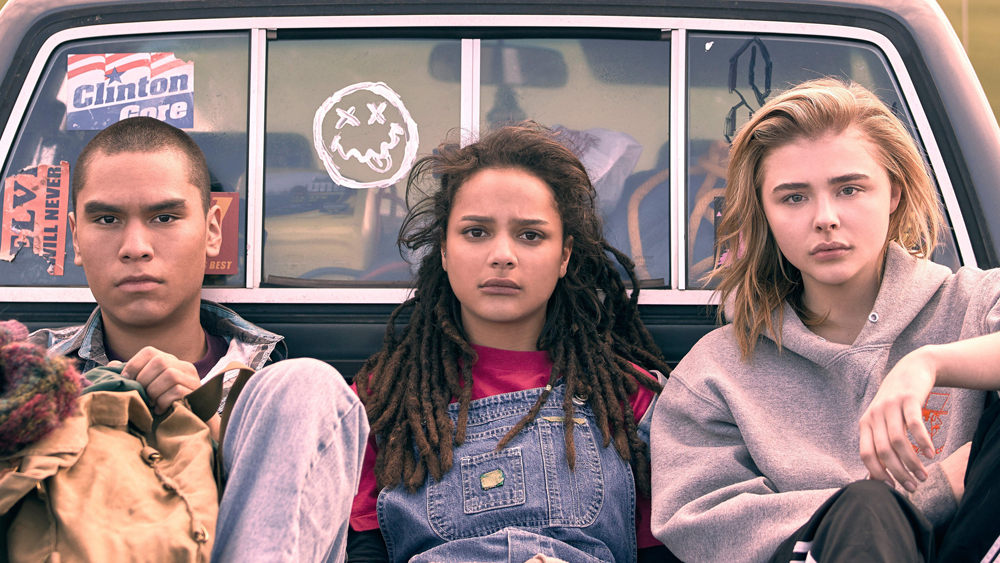 Part jarring, part funny, part derivative and at times a curious jumble of all three – The Miseducation of Cameron Post has a lot going for it.

Following the co-habitation of several involuntary, and complicit persons housed within a ‘gay conversion’ camp, Cameron (Chloe Grace Moretz), thrust out of her suburban life, soon bonds with several of those intended to be ‘cured.’

Several of the film’s sequences, chronicling the adolescents’ extremely varied reactions to their newfound circumstance, are duly confronting and at times, as one might expect, severely agitative. Other encounters are conversely comic, and pointedly so when Cameron highlights the failings of the institution, not least of all to those responsible for her care.

Counterintuitively, some of the scenes encompass both of these divergent ends, most notable among them the film’s stand-out sequence involving impromptu karaoke and the abrupt intrusion of one of the those responsible for their oversight, played by Jennifer Ehle. Ehle’s character, fulfilling a dramatic function not dissimilar to Louise Fletcher’s Nurse Ratched all those years ago, more noticeably than much else evokes semblances of One Flew Over the Cuckoo’s Nest to which, in so far as elements of the plot and structure are similar, this film will inevitably be compared.

An especially tragic event surrounding one character in The Miseducation of Cameron Post serves as a key catalyst for the conclusion that is suggested throughout by the characters’ actions, which is itself a touching hark-back to an emotive moment in The Graduate. The equivalent and similarly awful event in One Flew Over the Cuckoo’s Nest was in that instance however a much more recognisable consequence of the oft-seen interactions between various characters to the extent that we irregularly, given the number of markedly varied relationships outlined, are treated to necessarily instructive depictions of those most consequential encounters in the camp. In the case of The Miseducation of Cameron Post, this instance was too more consequential to the plot than any ensuing character development so better evinced in the likes of Cuckoo’s Nest and as such of decidedly different impact in a film that like the Milos Forman classic relies so heavily on investment in its figures over that recurring around them.

A more apt comparison for this feature however would be the much later Dead Poet’s Society, with the main characters, denied freedom of expression, creativity and the very act of being themselves, acting out, and finding some solace in each other. Miseducation falters however unlike the aforementioned films given that save Cameron there is little emphasis on individual character development compared to how the group dynamic is frequently encapsulated.

This detraction is most noticeable as regards John Gallagher Jr’s Reverend Rick. One of the most interesting characters in the film and all too apparently managing a significant internal conflict, insight into his camp leader is barely granted vis-à-vis his interactions with others and seldomly so, with the film largely neglecting to explore it’s fascinating subject via one of it’s most intriguing figures.

A heavily involving if uneven film that deserves credit for taking itself places not many features, and even those that delve into this subject matter, are willing to go, The Miseducation of Cameron Post is a worthy watch and addition to this year’s Sydney Film Festival.

The Miseducation of Cameron Post on Film Fight Club