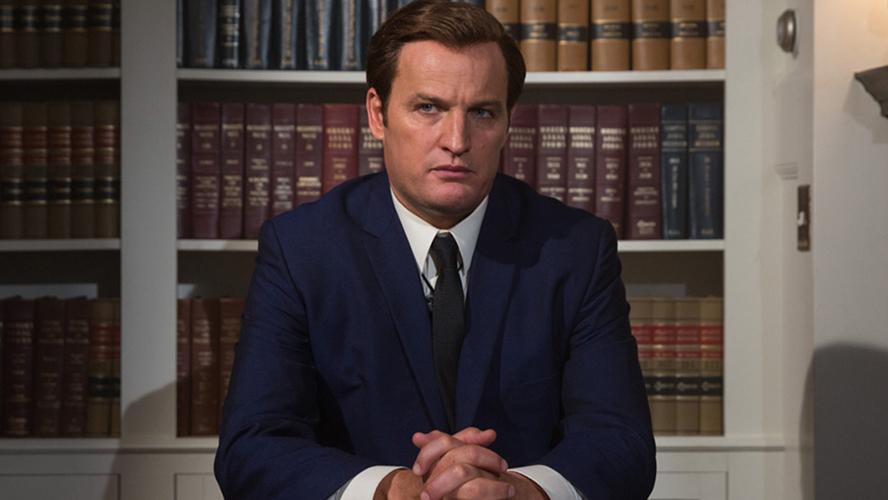 There’s a fantastic movie in cinemas now. It’s a dark thriller with some counter-intuitively comic elements, telling of a tumultuous period decades-past. It’s called The Death of Stalin. There is also Chappaquiddick.

The film’s events, little-remembered outside of the United States and political circles, depict the death of Mary Jo Kopechne (Kate Mara) following a car crash in an isolated corner of Massachusetts. The incident and vehicle, driven by the last of four Kennedy brothers Ted (Jason Clarke), are together with the young Senator the subject of an investigation and mass media coverage which are widely attributed as reasons why the ‘Lion,’ who died in 2009, could never mount a successful run for President.

Persisting through the film as if in a trance following this latest trauma and the successive high-profile deaths of his three brothers, among them a former President and widely-touted Presidential candidate, Clarke, together with Bruce Dern as the ageing Kennedy patriarch, are the two notable aspects of an otherwise greatly wanting retelling. Clarke’s performance deserves particular praise for, together with the screenplay, avoiding flagrant agitprop by neither leaning too heavily on the sympathetic nor ignoble attributes of the famous Democrat, instead portraying Kennedy as a man irrevocably shaken by the shocking, all too recent events in his life.

Together, the formidable pair have the engrossing ability to impart entire conversations and years of grief with a look, grimace, or less. By comparison, Ed Helms, better placed in the outlandish farces for which he is best known and emblematic of the film’s core issues, struggles with the disjointed tone that lumbers between severity and occasionally sardonic, misplaced comicality.

The ensuing events could just as well have set the scene for a dark satire, the filmmakers instead opting for a straightforward biographical drama which in the confined era of the story’s depiction, if recounting an intriguing period of American political life, as outlined lacks the dramatic narrative upheavals that would typically characterise like political thrillers. The events and tribulations as depicted, fairly the subject of great debate, for the most part suggest only one natural conclusion for Chappaquiddick’s central figure that while foregone given the extent of the crash’s historical notoriety permits, in light of just how simply the waves are shown to part on all too many occasions for the last surviving brother, little investment in the film’s drama or theatrics.

Turning to Chappaquiddick’s less agitative moments, the entry of a cavalcade of suited stalwarts of American polity to deal with the fallout, among them Robert McNamara (Clancy Brown), leads to numerous instances that would be just at home in a darkly subversive treatment of the circumstances which drives home, in the best traditions of Armando Iannucci’s output, just how ripe anything and everything is for manipulation. Shying away from anything too overtly waggish on these occasions, the efforts to inject levity and evident doses of cynicism into proceedings play not so ably as they so render much that transpires woefully uneven.

The final sequence above all else attempts a more directly analogous tone to the current political climate to which this biopic, though it is of limited relevance (and likely so by design), will inevitably be compared. More interested in the hotly-debated legacy of the Kennedy clan which of late has had a resurgence of interest than the turmoil in Washington, Chappaquiddick has little to say by way of the past few years on the Potomac beyond a general critique of people in powerful positions and how we are encouraged to perceive turbulent events. These musings could apply almost just as well in any other era had this film not been made in 2018.

A must for political acolytes regardless, Chappaquiddick is a flawed fixture stirring for it’s performances alone.