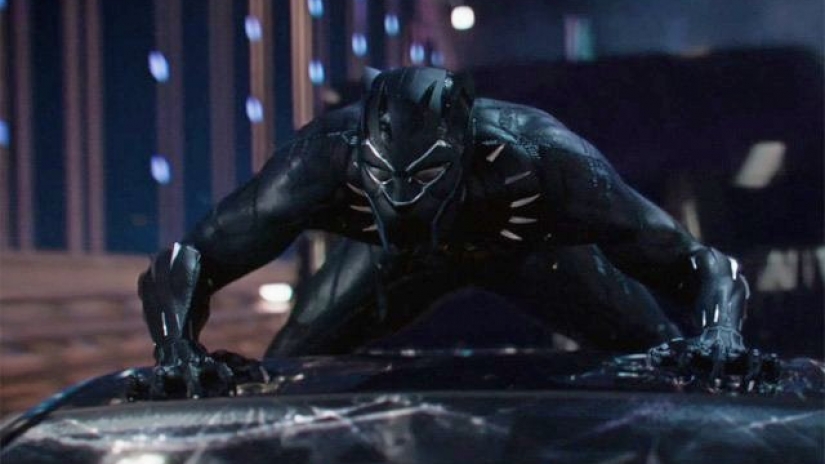 You know what to expect with a Marvel movie, but that doesn’t mean you can’t be surprised.

Hitting almost every regular beat of the multi-billion dollar franchise, Black Panther is the final iteration to be released prior to the first Infinity War instalment. It delivers, as we are so accustomed, a troubled hero, at least one funny secondary character, a Hulk-sized helping of CGI and lots of things that go boom. There’s an obligatory origin story, the inevitable resurfacing of more than one character you know has a lot more mileage, a massive finale and Marvel’s frustrating aversion to killing off characters, something that would by and large happen in the melees that ensue.

Having said this, Creed Director Ryan Coogler’s latest is a cut above the consistently enjoyable fanfare that pervades almost every entry in the canon, for three very distinct reasons.

Firstly, the series has here taken the rare step of neglecting to bury this film in the universe-expanding exposition dumps and asides that may propel a larger story but detract from a confined, more complete narrative. Wakanda King T’Challa, aka Black Panther (Chadwick Boseman), having to contend with the fairly familiar coming-of-age generational hurdles that could just as well have formed the basis of any more modest feature less dependent on spectacle, is still a more involving hero than many of his Avengers counterparts. The burden of running a closeted African Kingdom quickly shifting to his shoulders, some of T’Challa’s more relatably familial travails, as well as that of his coming to terms with his legacy, bear a near universal relevance that render him and his predicaments that much more engaging.

Secondly, it’s the backdrop that sets this film apart. Whilst lacking a sense of world-building beyond vast tracking and establishing shots complemented by nifty explanations of Wakanda’s unique innovations, an intimate view of the ornate, thriving enclave promises a yet unforeseen filmic world of wonder. Beset with African styles and rhythms, it is rare for such a major Hollywood flick to be so Africa-centric, presenting something fresh and exciting in the familiar cycle of the Marvel Universe. For those film fanatics endeared by African culture or of African background themselves, this author among them, it’s very refreshing to see so many elements thereof writ large on screen, even if some of the computer generated landscapes don’t quite match up to much else on display.

Lastly, the film’s villains are just that sizeable step above the rest. Andy Serkis, reprising his role from Age of Ultron, is having no end of fun with that rare unadulterated appearance on screen, shining with a passable South African accent as the robustly eccentric Ulysses Klaue. Credit too goes to frequent Coogler-collaborator Michael B. Jordan, portraying a complex obstacle so much more memorable than almost any of his regularly cartoonish predecessors. Jordan, bearing some of the adolescently compulsive aspects that made Kylo Ren such a favourite, confronts those concerned and the audience with the pervasively challenging aspects of this fictional world that are intendedly reflective of our own. Recognising how Daniel Bruhl’s nuanced addition to Civil War permitted the filmmakers to explore a few more facets of the universe beyond how punching alleviates eternal malevolence, here Jordan is Coogler’s conduit for a host of realisations that render a more complex, debatable portrait not only of the resident foe but of our titular hero.

Featuring a strong cast, among them Lupita Nyong’o, Angela Bassett, Forest Whitaker, Martin Freeman and Get Out’s Daniel Kaluuya, the plethora of talents are a joy to watch throughout. Of note, Freeman’s on-screen reunion with a performer with whom he shared another major franchise, here adopting a very different guise, will have some ardent fans beaming.

As reliably comic and elegant as it is smash-happy, Black Panther climbs a few rungs above the standard Marvel fare, offering that bit more and setting the franchise bar that much higher.

Black Panther is in cinemas from February 15