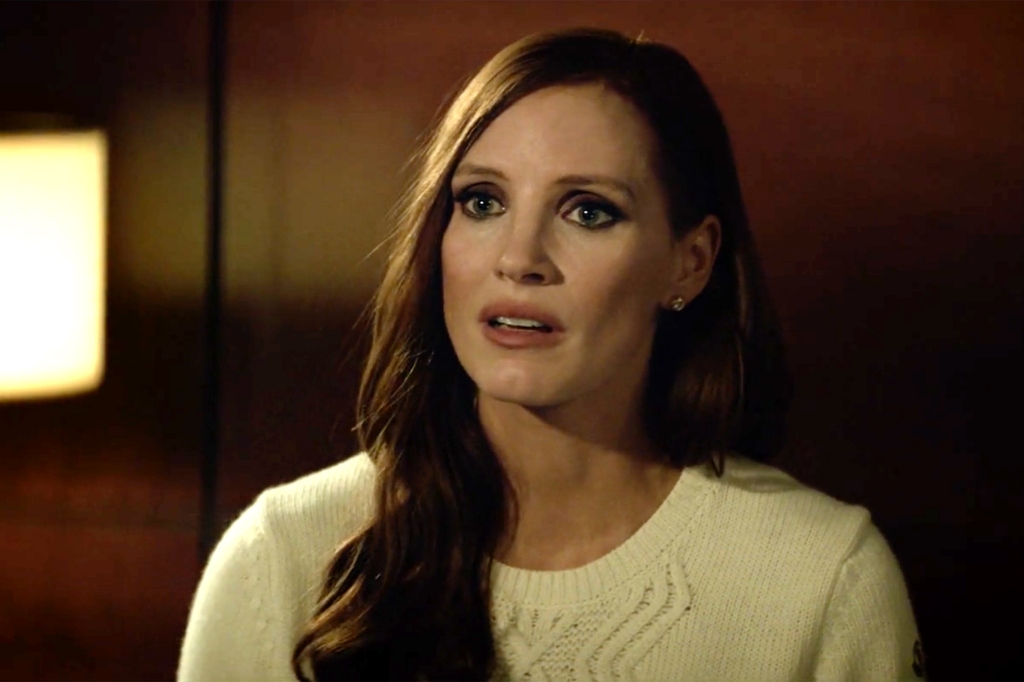 An aspiring make-or-breaker. The murky corridors that end in power. A fraught relationship with one’s dad.

Aaron Sorkin fans won’t go home disappointed; the veteran writer and feature debut Director, unable to settle on one of his three staples, here pursues them all.

Molly’s Game is more Sorkin’s picture than it is even Jessica Chastain’s, here cast as the eponymous gatekeeper to a bevy of high-stakes poker enthusiasts, among them celebrities and others you don’t want to appear next to on an indictment. A true-ish adaptation of ‘Poker Princess’ Molly Bloom’s own novel, it’s pretty clear why The West Wing creator zeroed in on this story.

As much a drama as an inside jab at Hollywood and various elites, Sorkin has long been interested in telling tales both inside and outside the beltway. Riddled with allusions to famous folk (those actually involved go unnamed), many pointed digs will play far better in a theatre off Sunset Boulevard than to humble theatregoers who will have to source other means of affirming just who’s heads are in the stocks. Centring in part around ‘Player X,’ an amalgam of Hollywood types shrewdly cast with a mimical Michael Cera, this aspect of the story is handled as sparingly as so many other instances, with Sorkin intent on telling as comprehensive a story as possible.

And comprehensive it is in many respects, even finding the time to unpack Molly’s relationship with her father, played here by Kevin Costner who shares one of Sorkin’s trademark sparing sequences in chilly New York. It is at this juncture that those who haven’t had the fortune of forgetting Jack Ryan: Shadow Recruit from a few years past might justifiably have a strange sense of déjà vu. The tangent imparts little about Molly compared to us actually seeing her build her empire or from the opening minutes wrestle with a US Government indictment, with like material being better handled in the treatments of The West Wing’s Josiah Bartlet, The Newsroom’s Will McAvoy and for that matter, Daniel Kaffee in Sorkin’s breakout A Few Good Men.

Bloom’s background as a skier gets the writer’s treatment too, aspects of which are embellished to further a reliably present metaphorical bent. Likewise, the presence of a famous text serves to highlight a central moral quandary; think Man of La Mancha in The Newsroom or Fahrenheit 451 in The West Wing. Here, it’s The Crucible, the parable of which dearly emphasises what may be Molly’s Game’s greatest sin – bad timing.

Underlining Molly’s conundrum with the more unenviable circumstance faced by John Proctor, the dramatic thrust of the film, in great respect like Steven Spielberg’s The Post, released within weeks of each other and too vying for those coveted awards, comes down to one crucial decision by one person. Less avowedly depicted in this more modern fable, once this decision is made, if more faithful to the source of our tale than much else, it’s effects almost immediately arrest the dramatic fixtures that otherwise endeared this picture to transpire in a far less consequential nor memorable narration dump. These closing chapters conspicuously out of time and step with the dramatic license for long stretches deployed to further this end, Molly’s Game will inevitably attract ardent fans of the not dissimilar Streep-Hanks vehicle, and it won’t come as a surprise that the films had the same producer.

For the poker enthusiasts, counter-intuitively, the game appears as but a sideshow. With colourfully-realised characters ready to tout Sorkin’s rapid-fire verbality, it’s not unforeseeable that his MacGuffin would features less heavily than those it ensnares. The action jumps between Bloom’s staggering achievements of guts and wits, by far the most intriguing element of this film and thrillingly staged when it is indeed the focus, and the later travails of a Federal indictment as navigated by Bloom’s lawyer (Idris Elba). It is not unclear that Sorkin would have told so much more than part of this story in an interrogatory flash-forward and/or deposition taking had he not already done so to great effect in The Social Network and a whole season of The Newsroom.

Elba’s character, tasked with deducing alongside ourselves in the best of Sorkin tradition whether an accosted figure is all they seem or if a flawed character is nonetheless fundamentally endearing to a greater cause, delivers a monologue and other tracts of dialogue resoundingly reminiscent of the screenplay’s overarching moral compass. In Sorkin’s long-disbanded Oval Office this duty was generally shared among various senior staffers and thereby seamless at the best of times; here, the effect is altogether conspicuous for it being a function of Elba’s character alone.

To say that this is not original Sorkin nor his best would regardless do a disservice to a stalwart of the industry whose recurringly evinced morality dramas are fairly as worthy of contemplation as they are in this respect and so many others reliably more compulsive than almost all comparable fare,  and Molly’s Game is no exception. The screenplay is done great favour by Chastain who, sporting material requisite to her deft capabilities and engrossing screen presence, carries much of what will deservedly prove more than favourable among devotees of both the actress and a Hollywood favourite who has finally taken a larger role behind the camera.

Molly’s Game is in cinemas from February 1