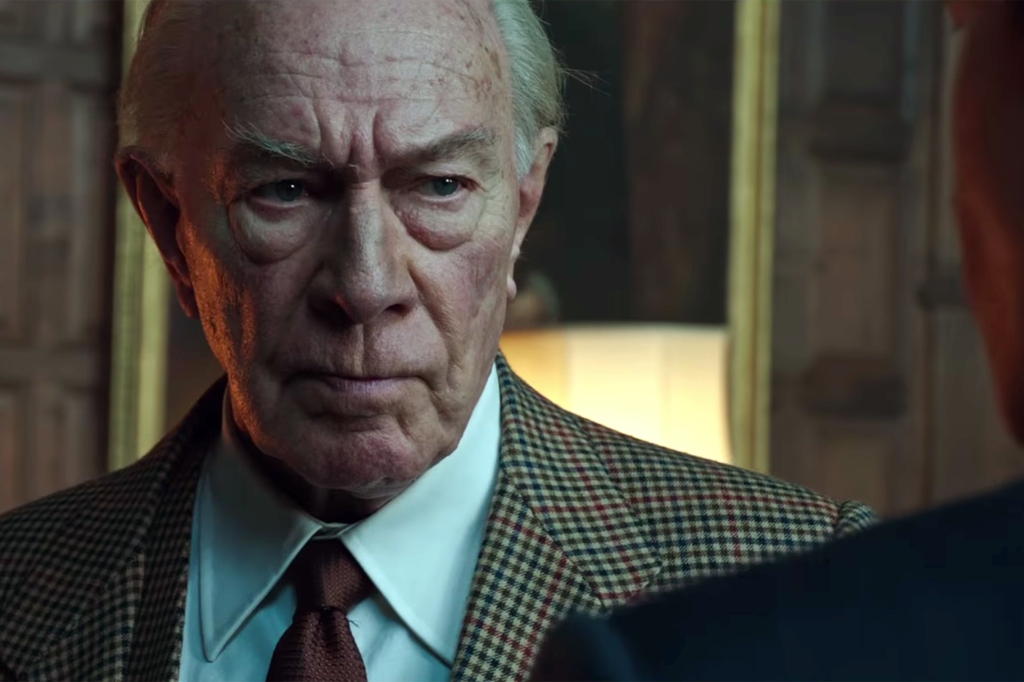 Almost every film needs a bad guy. In the better ones, it may never be clear-cut.

Starring Michelle Williams, Mark Wahlberg, Christopher Plummer, Charlie Plummer (no relation) and not Kevin Spacey, All The Money In The World recounts the famed Getty kidnapping, the details of which, here open to some interpretation, whether the subject of immediate recollection or lack thereof are well served by this thrilling retelling.

And thrilling it is, even in spite of what will be known or apparent outcomes to many following the abduction of the grandson of the then richest man in the world, and the history of the world for that matter, directed here with considerable poise and practice by a masterful Ridley Scott.

Michelle Williams, far and above the best performer in the film as Gail, the mother of the victim and the first to be alerted to his state, in terms of acting calibre only has to reckon with Christopher Plummer’s hardened though deftly sympathetic turn as the uncompromising oil tycoon. Excellent together and when playing off the dynamic of Getty refusing even to speak with Gail, it is regretful nonetheless that the two seasoned stars only share limited scenes together.

Plummer’s take is all the more laudable for knowing that his significant role in the film was cast and shot within a matter of days. We may never know the quality of Spacey’s performance, having originally been cast and completed his shoot, though the former’s remains as memorable and powerful a takeaway from this film as any.

Wahlberg’s ex-CIA right hand to Getty Snr is less well cast, the actor’s trademark laid-back shtick less a merit here than a distraction. His key involvement in a choppy penultimate sequence that unlike many other aspects of this film heaves on unnecessary historical embellishment does the feature no favours. This addendum, for the purposes of dramatic expediency, could just as well have been excised.

It is through Wahlberg however and too the players’ interactions with Williams’ character that the central conundrum of the film most palpably emerges, that of just who, amidst a slew of violent kidnappers and a statedly ungenerous Grandfather obfuscating and long neglecting, as depicted, to look out for his grandchildren, is a morally culpable party. With the entrapped Getty facing a series of threats and one abductor who expounds to him and all the virtues of taking care of one’s family, a seeming motive for more than one kidnapper and the ransom they demand, who is the more callous among the film’s elusive figures plays prominently and well through this enduringly riveting drama that has pleasingly not faltered from unprecedented last minute changes.

All The Money In The World is in cinemas now

All The Money In The World on Film Fight Club