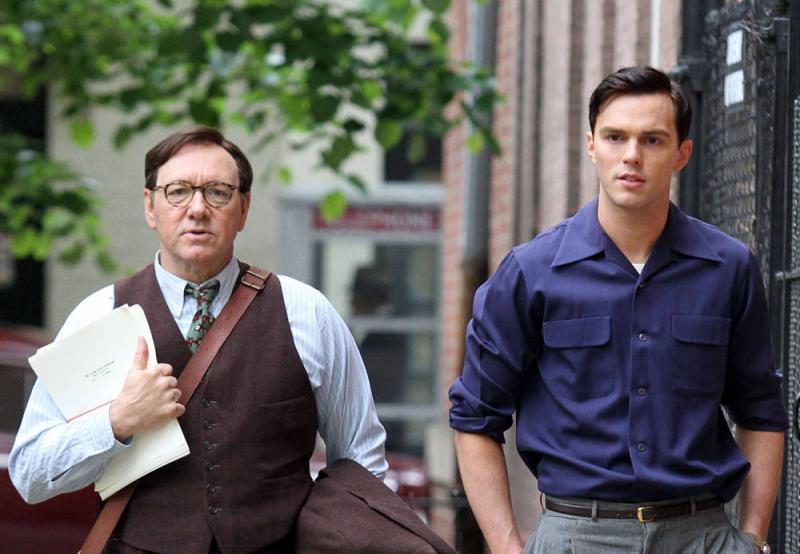 With literary biopics back in vogue, a treatment of the departed J.D. Salinger and his seminal, sole novel was inevitable.

Invariably, these flicks champion one or more strands of their subject’s life, extrapolating them over the course of the film and more often than not biting off a lot more than they can chew.

The first half of Rebel in the Rye appears to buck the trend, focusing on Salinger’s (the reliably excellent Nicholas Hoult) burgeoning years as a novella scribe, as well as his relationship with College Professor Whit Burnett (Kevin Spacey). The interactions between the pair are multifaceted, heartfelt and ultimately well-executed, though soon sidelined for several, much grander narratives the film never has the time to tell.

Jumping to Salinger’s war and post-war years, romantic encounters, theological upheaval and then literally decades of reclusion that have greatly endeared his legend, none of these chapters are proffered the necessary introspection; Salinger himself having conversely championed a watershed moment in literary history by restricting his focus to mere days in the life of the now ubiquitous Holden Caulfield.

Bernard White, cast as Salinger’s intermittently-present spiritual adviser of sorts, is but one of Rebel in the Rye’s fleeting additions granted limited investment or focus, presenting more confounding instances than the sorts of dramatic fixtures so clearly intended. The performer having been cast as a ‘Spiritual Advisor’ in HBO’s Silicon Valley in a role there played for one of the show’s more pointed gags, his inclusion here is among several creative choices which ultimately distract from the much more engaging interplay between Salinger and Burnett.

Still a cathartic and duly compelling treatise for frustrated writers everywhere, Rebel in the Rye takes great pains at times to draw subtle and none too subtle analogies between Caulfield and the author’s own life. A common feature of literary biopics and here on balance well rendered, the final encounter between Salinger and Burnett keenly mirrors arguably the most contentious event in Caulfield’s short literary life, reflecting, as this author has always favoured, the more innocent interpretation of the hotly debated text in one of the film’s more emotive moments that too deftly manages, in the best traditions of Salinger, to defy strict interpretation.

This instance, amongst others, and too the film itself are likely to herald varying receptions given the glut of reports regarding one of the film’s stars that will no doubt figure significantly in discourse on this feature and that particular performer’s recent work. There may or may not be too many opportunities to see Rebel in the Rye, an engaging if variedly flawed film that for for the literary-tragics out there will still proffer much food for thought.

Rebel in the Rye on Film Fight Club