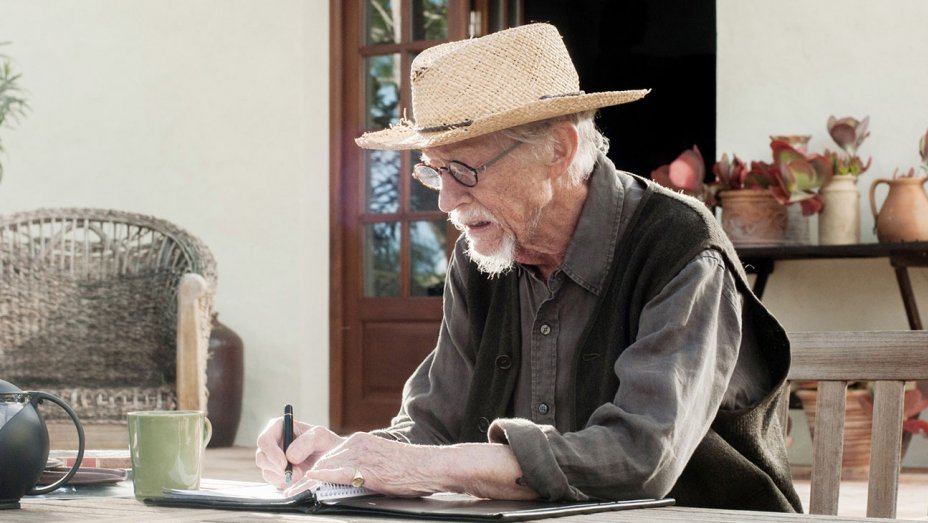 John Hurt’s last film yet released, itself a reminder of our own merciless mortality, That Good Night’s formidable focus is regretfully the subject of this ineffectual production.

Ralph (Hurt), a reclusive, clearly affluent scribe, whose success is largely attributed to having written some sort of critical darling, is dying. Unbeknownst to his much younger wife (Sofia Helin) and estranged son (Max Brown), Ralph grapples with just how, and in what manner he will go gently in that great beyond.

With the dialogue almost interminably revolving around Ralph, even in the precious few moments when he is not on screen, the film has little time for anyone else. The effect rendered even less endearing by virtue of this ill-defined character of indeterminate origins being none too amenable to the few characters who have chosen to empathise or spend their time with him, the not dissimilar curmudgeonly figures of features past have proved more memorable for filmmakers otherwise having duly established just what made them so affronting.

The conflict Ralph’s rankles induces and what would normally be a fixture of such a drama is shelved all too quickly to then navigate the heavily contentious central domain of this film, at which point we are encouraged to sympathise with Ralph. Enter Charles Dance, playing a character whose function and relation to Ralph, if mooted, becomes readily apparent all too late for him to be significantly interesting.

The final act does redeem the film to some extent as it focuses on their interplay, it’s implications and content that would prove emotive to fairly anyone. That Good Night does not however devote the necessary time to unpacking the heavily debated quandaries of its premise, as relevant as ever in an Australian context as of the week of the film’s local debut, with films such as Last Cab To Darwin managing similar themes to much greater effect.

As good as Hurt, and Dance are, and it is no small pleasure to see the two seasoned talents’ interaction towards the end, they cannot salvage this meandering, ill-conceived drama.