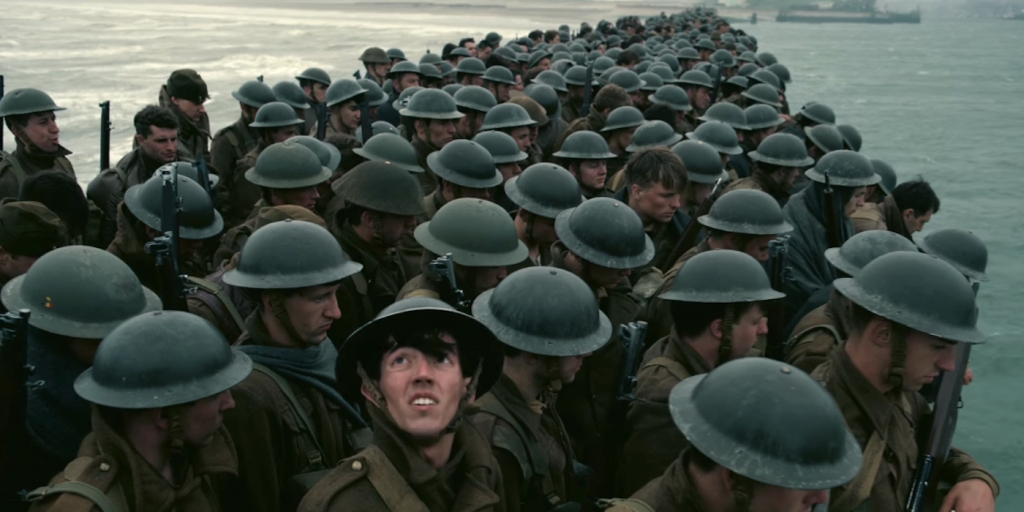 Dunkirk is a lot of things. Counter-intuitively, Christopher Nolan’s latest is better defined by what it isn’t.

It is not a war film, at least not in the traditional sense. Set amidst the large-scale military evacuation of the French coastline by the various forces opposed to the Axis powers during the Second World War, while there is certainly conflict there is no battle or confrontation of the type to which we are so accustomed, nor any sense of triumphalism inherent to Dunkirk’s thematic predecessors, at least until the very end.

There are no Churchills or revered military icons extolling the virtues of their campaigns or cutaways to bunkers ensconcing history’s well-known figures – the famous ‘We shall fight on the beaches’ speech forever tied to the operation delivered not by the wartime leader but by one of his countless infantry.

There are barely even any actual or direct references to the Axis forces, referred to throughout as ‘the enemy.’ Blink and you might miss the names of the central characters, each the crux of their own separate stories told in non-linear fashion to then thrillingly converge in the film’s penultimate moments.

Being picked off at random on the shore by an unseen yet all-encompassing presence, the strategic background and wider reality of the unfolding conflict are set aside as soldier and audience alike remain confined to this beach. Witnesses to an impending terror more akin to, as has been aptly posited, the final act of a horror film abruptly thrust upon us, Dunkirk contains some of the more jaw-dropping visuals evidenced in recent cinematic outings.

A reliably excellent Tom Hardy manoeuvring a Spitfire over the ever-growing armada, a highlight of the film’s perpetually stand-out imagery, is deftly matched by the opening shock of seeing one lone soldier survive a steady assault by enemy troops, only to be overwhelmed by perhaps the film’s most heart-stopping sequence as an aerial bombardment slowly encroaches on his heavily-exposed position.

Fionn Whitehead, excelling in his first feature role, is joined by a similarly compelling Harry Styles in a couple of casting gambles that more than pay off. Bettered only by Mark Rylance in Dunkirk’s most touching performance as an English skipper who turns his boat southward to help evacuate troops, the misjudged role of Kenneth Branagh’s Commander conversely exists almost entirely to deliver little-needed and not unrepetitive exposition, too almost bearing it all from a lone stand-point for the film’s duration.

The switching timelines not unconfusing on occasion and oft-jarring for the otherwise finite, well-contained action replete throughout the film’s less than two hour run, it matters little when their conflation results in one of the most thrilling extended action sequences of recent memory, only one of many instances, together with Hans Zimmer’s consummately overpowering score, that make Dunkirk a must-see.

Dunkirk is in cinemas now