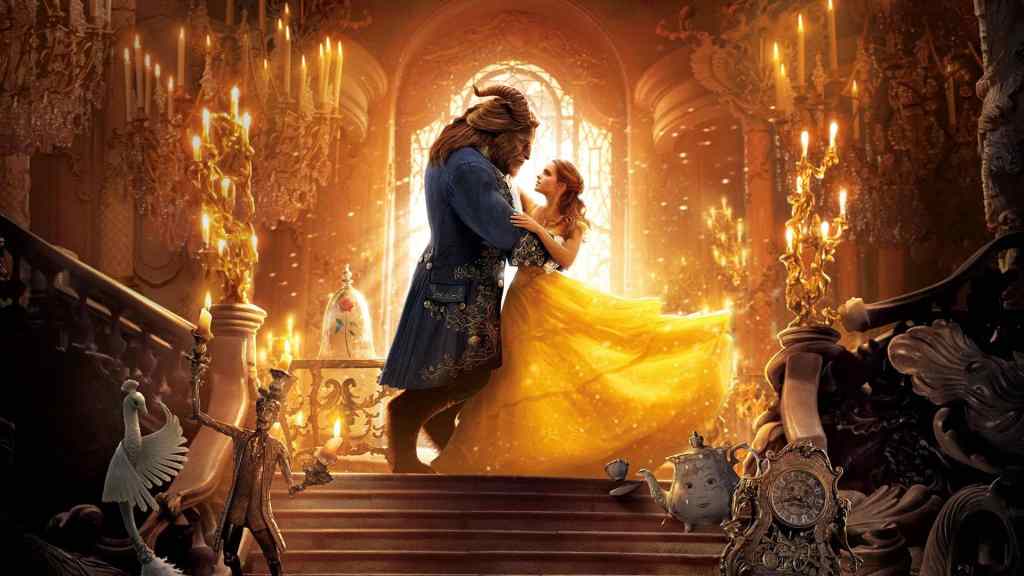 This review, or at least the first part of it, is best accompanied by the original Beauty and the Beast’s classic hit ‘Be Our Guest,’ though The Simpson’s similarly classic ‘See My Vest’ will do just fine.

Alice 2 didn’t make its money back, so

Belle was slated next

It gave the whole film such a verve

Hold on, this isn’t France!

And the British accents were surely meant in jest…

Grab your seat and when you

Take a glance only then you’ll

One of the best

Disney lyrics all the way

All rehearsed and served with flair

But there’s dancing, don’t be scared!

No one’s gloomy or complaining

When the music’s so ingraining

Though mostly for the kids

The nostalgia’s pretty strong that you can bet…

About now the song starts to get a little slow, something that surprisingly doesn’t happen in a movie with almost an hour on its precursor. Adding in just enough extra gags and back-story to convince you that you’re watching a different film from the 1991 classic, Beauty and the Beast has that rare cross-over appeal for all ages, including those old enough to remember seeing the original in its hey-day and, given how well it’s been adapted, won’t entirely mind that whole sequences have been lifted verbatim.

Watson may not be the best singer or actress amongst her peers but of the recognisable faces on which a studio will hang a flagship feature’s fortunes her casting as Belle cannot be faulted. Kevin Kline, only one of an expansive and talented cast, is similarly ideal as Belle’s inventor father, though regretfully some of the best performers are confined to voice roles, only getting to show their faces briefly in a few nice surprises for those who haven’t looked too closely at the credits.

A delectable treat of a film, not least of all for the household ornaments’ defence of the castle from an angry mob and the stunning recreation of the famous ballroom scene, Beauty and the Beast may be a latecomer to the Disney remake party but it is nonetheless a very welcome addition.

Beauty and the Beast is in cinemas now