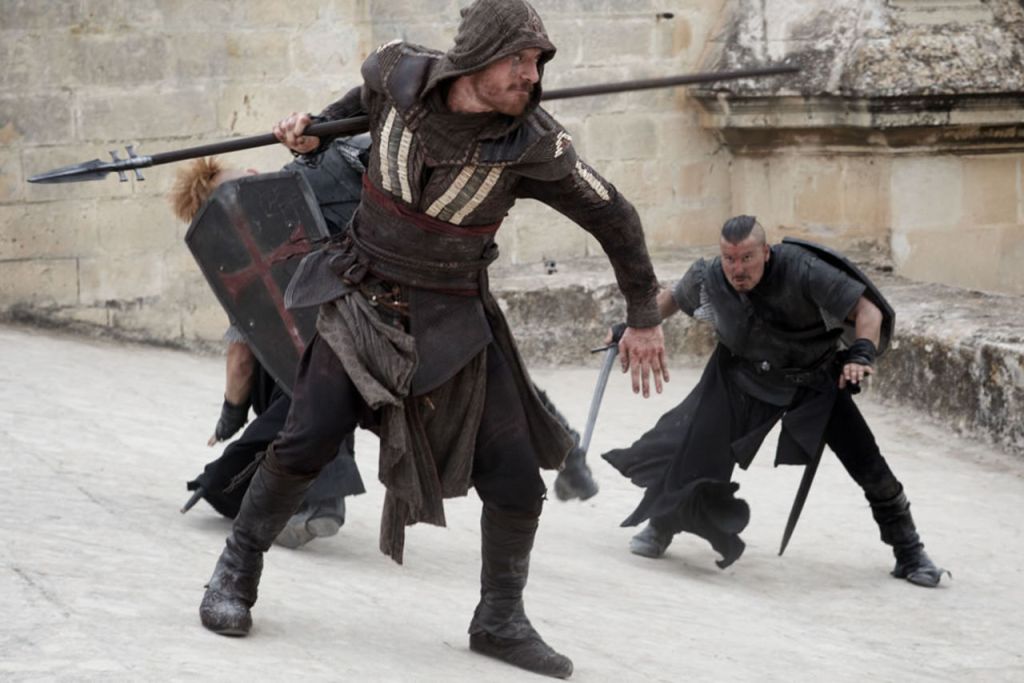 Someone forgot to tell Michael Fassbender to smile. An action movie, based on a hugely popular game no less, is supposed to be fun.

Where a Black Flag adaptation might have proved more endearing to the fans as well as the uninitiated, those unfamiliar with the Assassin’s Creed universe, centred here on the Spanish Inquisition, will struggle with clunky expository dialogue and title cards attempting to convey a story much better expressed, and realised, on consoles everywhere.

Sure, it’s a heavy game and all, what with criminals involuntarily jacked into the minds of their ancestors to fight stock bad guys the Knights Templar on a treasure hunt to find an ancient artefact, yet when the sole moment of levity is Fassbender randomly proclaiming “what the hell am I doing here,” the film never manages to capture the game’s sense of adventure or thrill. Entertaining on one hand when you’re the one sliding down rooftops or frantically mashing the controls, when your screenplay nabs tropes directly from Dan Brown novels you know the film’s producers didn’t really think this one through.

Jeremy Irons pops in and out as the top dog amongst Fassbender’s captors so someone can look menacing and such, while The Wire’s Michael K. Williams has to suffer, as do we, possibly the worst dialogue of his career. The plot, rambling and ever-fluid, rarely bothers to make sense. The exceptional Charlotte Rampling has a short, thankless cameo, as does one other actor of great renown who along with Rampling is woefully underused.

The sparing actions sequences are just what you might expect from an Assassin’s Creed adaptation, boasting their own glut of CGI and stunt-work. Kurzel, content in Macbeth to rest for lengths at a time on Fassbender or Cotillard’s markedly better performances, here makes a habit of jumping from one close-up to another, not infrequently obscuring the film’s goings-on or lending entire sequences to disorientation. The once-exciting prospect of Fassbender and co performing their own stunts or engaging in close-quarters combat, as is par for the course with the game(s), is neglectfully managed here, what with the preponderance of visual effects and the Assassins concealed behind hoods for much of the action.

Even the impact of the much-publicised leap from a tower during an escape sequence, faithfully executed by performers not on Hollywood’s A-list, here seems faker than fake amidst visuals that would look more at home in the game’s earlier iterations.

Not even for the fans, you’d be better off waiting for the next edition.

Assassin’s Creed is in cinemas now