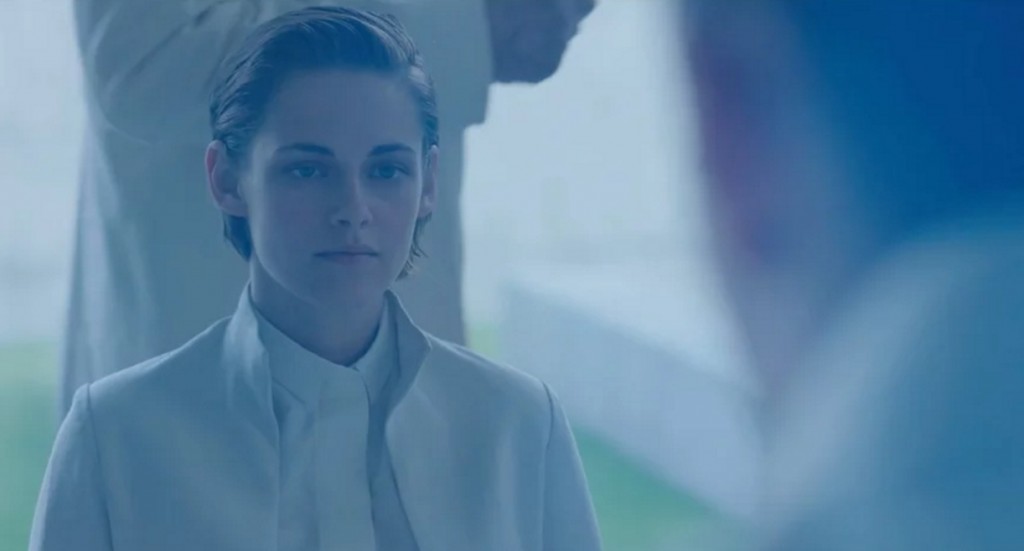 It’s a wonder Equals didn’t get a mainstream release, yet alone an Australian showing beyond the SciFi Film Festival.

Nicholas Hoult, Kristen Stewart and Australia’s Guy Pearce and Jacki Weaver alone are enough to sell a blockbuster and together, on paper, more than adequate to champion a futuristic thriller at the local box office.

But Equals is a gamble nonetheless, in no small part due to an ending markedly uncharacteristic of Hollywood fare, an ending that would make Aldous Huxley proud but doesn’t necessarily translate so well to marquee billing.

Equals’ futuristic universe where nobody feels and everyone subsists in sheenful accommodation boasting many shades of white will be readily familiar to fans of iconic science fiction including Huxley’s own Brave New World, as well as the early 2000’s hit Equilibrium. Each of these similarly take place within a pristine city hosting a society that has been ravaged by and done away with war, and by and large individual personality and expression, despite remaining wary of a seldom spoke-about primitive society supposedly surviving beyond the city gates.

While portraying all the traits of classic high-concept sci-fi, Equals is in many respects more akin to Martin Scorcese’s period drama The Age of Innocence, with Hoult and Stewart’s characters slowly, painstakingly exploring their forbidden feelings as their compulsion slowly begins to overtake the reason so-long ingrained into their psyches. Not a film or story with any elements too especial if nonetheless thought-provoking, save its elite cast and not unsurprising conclusion, Equals’ final minutes are conversely as oddly satisfying as they are frustrating, teasing elements of a greater story and thematic depth which could have made for a much more engaging dual sci-fi/romantic thriller than the largely traditionalist fare offered up in the bulk of the film.

With an accomplished production design featuring recognisable B-movie elements littered throughout, Equals’ admirable cast does however raise concerns regarding the film’s imperfect character choices and direction. Centred primarily on Hoult’s character, Stewart’s Nia goes through a similar character arc, though her story is ultimately more interesting and actually drives a great deal of the action. Stewart’s performance is accordingly the most compelling in the film, handling the numerous tense and emotional sequences adroitly and with an increasingly-appreciated range and skill as an actress too evidenced in her most recent features.

It is curious then that the majority of screen-time would be taken up by a less interesting character played by the less engaging if talented Hoult who can neither mirror Stewart’s emotional intensity nor claim to have her name-power or pull as an actress. Weaver and Pearce, while both memorable, fulfil a relatively minor role in the film, while talented performer Bel Powley (The Diary of a Teenage Girl, A Royal Night Out) is relegated to a fleeting, thankless role which soon gets forgotten by the screenwriters.

An intriguing film not without its problems, Equals is an entertaining and engaging sci-fi, even if it’s story has been told better numerous times before.

Equals screened as part of the SciFi Film Festival