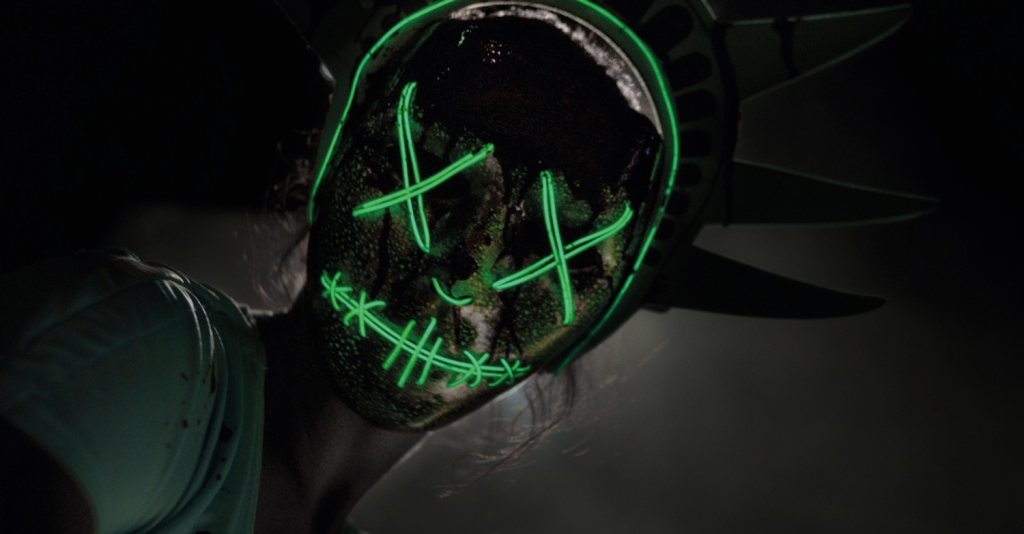 “I saw in the marketplace so many sci-fi films barely getting a release in Australia so I thought let’s switch it up.”

New Festival Director and also FilmInk publisher Dov Kornits sat down to discuss the 2016 SciFi Film Festival which for the first time will screen at the Ritz Cinema. This year will also see a free session at AFTRS on the final day to highlight soon to be released Australian sci-fi features, with input from filmmakers who will be attending the Festival.

“I wanted it to be driven by feature films rather than shorts and they invited me to come along and be the Festival Director,” said Kornits. “We used to be in Parramatta and have moved to Randwick, I think there will be challenges in its first year to attract the sort of numbers that other festivals have built over the years so I’m definitely hoping that the program we put together and the buzz around it will help it grow from year to year.”

“There’s a lot of interesting sci-fi and genre films more generally being made around the world by filmmakers and big name stars that are bypassing cinemas and Equals is a prime example of that,” said Kornits.

“It’s got two of the hottest stars in the world right now in Kristen Stewart and Nicholas Hoult and it didn’t play at any of the film festivals that came to Australia and was going to end up on VOD – having seen the film it’s a really beautiful film with a beautiful production design… it was a no-brainer to premiere a film like that.”

Mark Strong thriller Approaching the Unknown, which will no doubt evoke memories of Matt Damon’s The Martian, will screen the following evening. According to Kornits, the new feature, also starring Luke Wilson, will “test certain viewers.”

“Approaching the Unknown is a much more serious film (compared to The Martian). Its inward-looking, it’s a fascinating project,” said Kornits. “It started off as a bit of a multimedia type project, like an installation in America and the feature film was a part of that. I’m working on trying to incorporate that component – we’ll see how it goes.”

For Star Trek fans, the Festival’s penultimate night will feature a double treat including new documentary For the Love of Spock, in addition to a premiere event.

“If you’re a Star Trek fan you’ve got to see it,” said Kornits. “It’s a look into the phenomenon that took over Leonard Nimoy’s life when he was cast as Spock, it’s made by his son and they had a pretty fractured relationship and because it’s made by his son there’s a lot of insider stuff you get from the film.”

“Saturday’s going to be our Star Trek day. After For The Love of Spock we’re going to screen the Director’s cut of Wrath of Khan. It’s an Australian premiere on the big screen of what is of course regarded as the best Star Trek movie by everyone so that’s going to be exciting – we’re hoping that people might dress up in Trekkie gear and celebrate the 50th anniversary.”

The third in a series that is yet to screen in Australian cinemas, The Purge: Election Year will also be on show.

“The Purge series is just a fascinating case, something that works in the US, it opened at number one and none of them have ever opened in Australia,” said Kornits. “It has a lot of references to the upcoming US election, a lot of parallels, you can read a lot into it and the dystopic nature of its society.”

“There’s a pattern in some of the films we’ve programmed here, with Rupture as well, they’re all kind of horror and thriller titles in the broad sense… set in a non-specific, futuristic kind of parallel universe.”

Sci-fi drama Rupture, starring Noomi Rapace, Peter Stormare and Michael Chiklis, will also have its Australian premiere at the Festival.

“That film is particularly interesting for the Director Steve Shainberg, he’s a real kinky filmmaker if I have to use the term, a little bit left of centre whatever he does, he’s got a unique way of looking at things,” said Kornits. “He hasn’t made a film in ten years and this was a film that was going to bypass cinemas and this was an opportunity to premiere it so I jumped at it.”

“(Morgan) may not get a release so potentially this could be your only opportunity to see it so it’s quite exciting.”

The Festival will continue to feature a series of sci-fi shorts, including a number of Australian entries.

“We’ve also got two sessions of short films that have been selected from around the world that were submitted to us, a lot of those are Australian ones that have been made by up and coming filmmakers,” said Kornits, who is keen to expand the Festival.

“It would be great to be able to travel with the festival, we’re only 5 days and could potentially increase it to more… looking at the tradition overseas, the inclusion of certain horror titles in the program means that there is this kind of cross-genre potential for the Festival, but I’m thinking way ahead here.”

The SciFi Film Festival will screen at the Ritz Cinema, Randwick from 19-23 October 2016