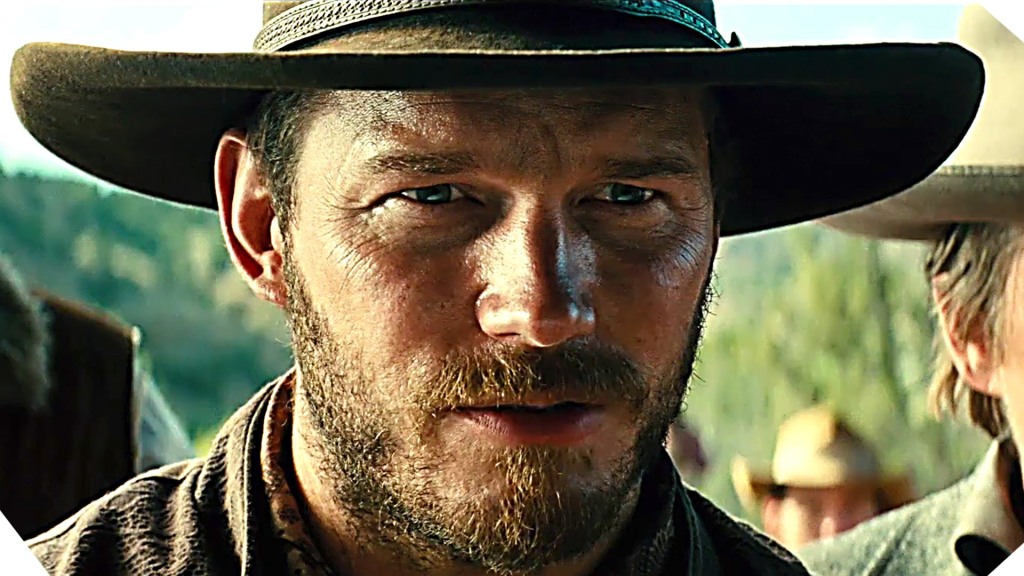 The Magnificent Seven. More like, Denzel Washington, Chris Pratt. and five other guys.

There’s nothing here you haven’t seen before. Except Denzel on a horse. He looks great on a horse.

And Pratt. As if the Parks and Rec veteran needed something else to solidify his action-man status, he delivers here in droves.

Given The Magnificent Two doesn’t quite have that oomph, Ethan Hawke, Vincent D’Onofrio, Manuel Garcia-Rulfo, Martin Sensmeier and South-Korean action star Byung-hun Lee pop in for some memorable ensemble shots and action sequences. Corralled by grief-stricken widow Emma Cullen (Haley Bennett as one of the only characters whose motivation is clear), it’s never really explained why any of the add-ons have decided to be the town’s last line of defence against greedy goldminer Bartholomew Bogue (Peter Sarsgaard) who comes very close to twirling his moustache at several stages. Just in case you weren’t sure he was the bad guy when he charges in, Bogue quickly proceeds to burn down a Church in the opening scene.

Based on two better versions of the same story, namely the classic 1960 Yul Brynner star vehicle from which Olympus Has Fallen Director Antoine Fuqua drew his main inspiration and Akira Kurosawa’s earlier Shichinin no samurai, no concerted attempt has been made this time around to update the story, merely relocating the action from a Mexican village to the old west.

Character back-stories are hinted at but never really explored, with Washington’s cool gun-slinger and Pratt’s card-carrying quick-draw rogue getting the only real introductions through tense shoot-outs, save Lee who has some of the best action set-pieces in the film, including an early dispatch of a cocky opponent.

There’s only one reason for this to exist, aside from some of your favourite actors dressing up to play cowboy, and that’s the action, which does not disappoint. All leading up to a very lengthy stand-off between the motley crew and Bogue’s small army, a rip-roaring explosion fest and shoot-out with guns that don’t appear to need reloading is well due by the end and is, dare I say it, magnificent.

None too short on casualties, some very abrupt deaths of even key characters in the final melee are notable for their merciless brevity, Fuqua wisely opting to immediately cut to another similarly compelling piece of action rather than, as is want to be the case, needlessly languishing on a character for emotional impact whose name we can’t quite remember when the full brunt and shock of their being blasted of a roof can be felt instead.

One penultimate death sequence involving a central character masterfully drawn out over several breathless minutes, along with its star a cut above the rest of the film in almost every respect, has the makings of an iconic slice of cinema, for which The Magnificent Seven’s predecessors were so gifted and this iteration otherwise distinctly lacking.

Fun, if largely forgettable, there’s a lot to recommend Fuqua’s version of the tale but never so much as what came before.

The Magnificent Seven is in cinemas now