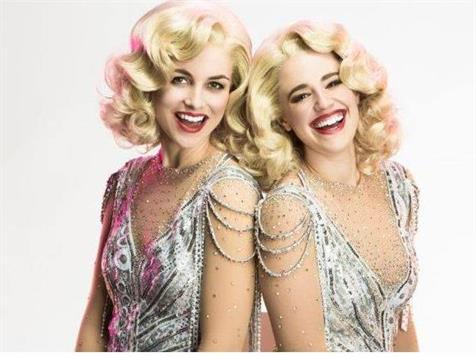 A talented cast isn’t everything; the Hayes Theatre Company’s production of Side Show being a case in point.

A story revived and revised in numerous productions, the real-life tale of travelling ‘freak-show’ conjoined twins Daisy and Violet Hilton (Laura Bunting and Kerrie Anne Greenland respectively) turned-vaudeville and film stars is enough to gauge the interest of even the laxest of theatre-goers. Chronicling their early chapters and first taste of success, the production as staged casts aside whole swathes of their lives that are often more intriguing than those aspects that eventually made it to the theatre.

Focusing on a very conventional faux romance narrative in what is in every sense an unconventional story, the appeal of the tale, aptly identified by a film producer in pursuit of the sisters as rooted in their unique status in show business, is squandered by deference to a very typical dramatic retelling of unrequited love, a depression-era drive to succeed and tropes seen many times before.  While broader narrative strands and the more subversive elements of the twins’ story are hinted but never fully explored, the conclusion of the regretfully customary fare and the aforementioned producer’s key role in the twins’ lives fails to resonate, in part due to their and their film careers’ lack of notoriety with modern audiences.

A musical, too many of the numbers are of the grand-sweeping nature traditionally confined to marquee ballads and once an act show-stoppers; the impact of the frequently-seen proclamations of love and earnest appeals between characters diluted with each passing tune. Evident sound issues affecting the audibility of the production in the latter half did not help.

The show’s limitations being inversely proportionate to the talent of its cast, both Bunting and Greenland are roundly convincing as the famed pair, while Timothy Springs and Daniel Belle proffer some of the strongest vocals of the musically adept players. Berynn Schwedt is too a stand-out as the girls’ original tormentor, known simply as ‘Sir,’ lending an air of very practiced dramaturgy to the proceedings. An exciting opening sequence where the attractions of the ‘freak show’ are introduced never quite finds its equal throughout the rest of the night as the talented crew make the best of a wanting production.