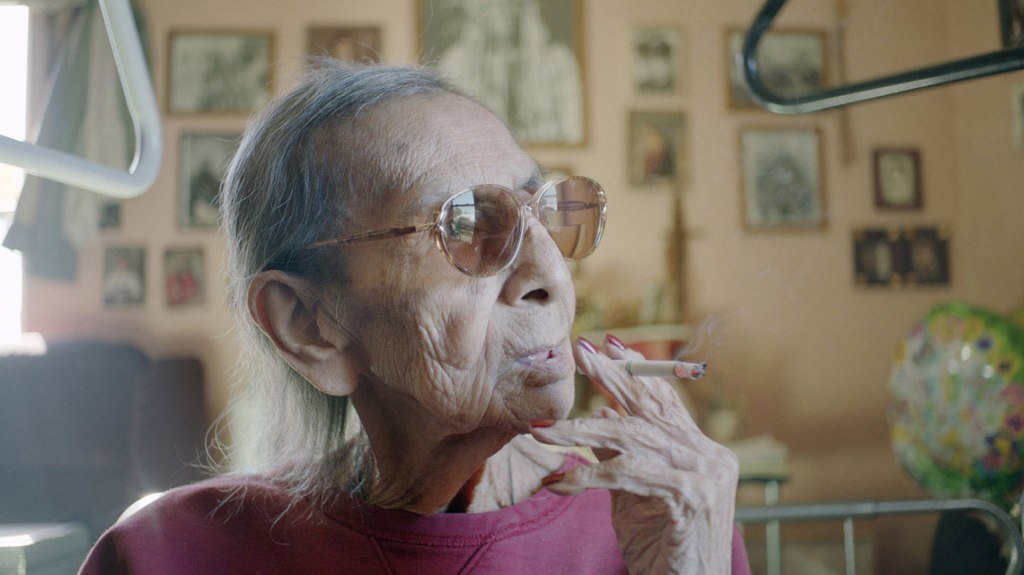 A tale as old as time – filmmaker Ken Wardrop has put the relationships between mothers and sons on full display in this contemplative and touching documentary.

Setting the film in all places in what has reportedly been named “the manliest city in the United States,” Oklahoma city, Wardrop follows several now grown-up sons and their ongoing relationships with their mothers; some fraught, some funny, some surprising, but always loving. Pieced together with the help of a radio personality offering interspersed commentary on family dynamics and his relationship with his own mother, locals call in to the show to discuss their lot, with Wardrop following them back to their homes and lives to document each unique pairing.

With Mom and Me finishing up at 74 minutes, the stories, while arresting at times, are told transiently, and with several on show there is never any capacity to delve too deeply into one interchange or for that matter any intergenerational or family-wide narrative, with the film all too frequently shifting between its duos.

There are some moving stories, including that of a 63-year-old man and his ageing mother, or that of a mother gingerly giving advice on how to rear her son’s own children, or another parent who still lovingly lambasts her son for not following through on his sports dreams at an earlier age. A particularly touching sequence transpires via one son who is incarcerated and his explanation of what his relationship with his mother means to him.

The film rests knowingly for lengths not on moments of great drama or consequence, but simple, everyday interactions, whether it be sharing a moment at the dinner table, in a casino, or helping one son get ready for the day. It is these instances that are most telling in Mom and Me, a documentary that is markedly all the better for its participants surprising level of candour and the often intimate portraits of their lives.