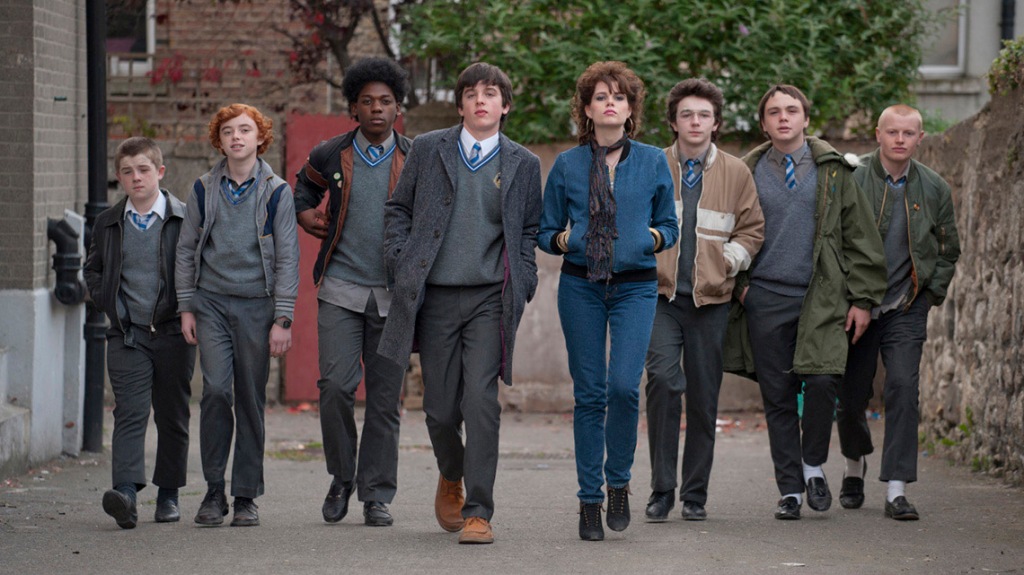 Director John Carney’s new feature has its Australian premiere at the Sydney Film Festival this weekend. Chronicling a band of Irish teenagers with their own eclectic take on the greatest hits of the 80s, the comedy has played strongly at Festivals around the world. It stars young actors Ferdia Walsh-Peelo and Mark McKenna and they sat down to talk everything Sing Street.

Full audio above, excerpts below

Ferdia: “’Sing Street’ is a coming of age film set in Dublin in the 80s and it’s this great feel-good film where a boy forms a band to get this girl and it’s about him finding refuge through music and finding his own voice and his own sound and himself through music.”

“There’s lots of music and different kinds of 80s pop, the characters are constantly being inspired by different pop bands like Duran Duran and The Cure and every day he’s mirroring their looks and sounds with different music. For The Cure he comes into school the next day and he’s got dyed black hair and the eye-shadow, skinny jeans… it really shows young bands copying all these different bands until they find their own sound and style.”

Sing Street is screening as part of the Sydney Film Festival on Saturday 18 June, Sunday 19 June and at Palace cinemas on Tuesday 21 June, for tickets head to the Festival website