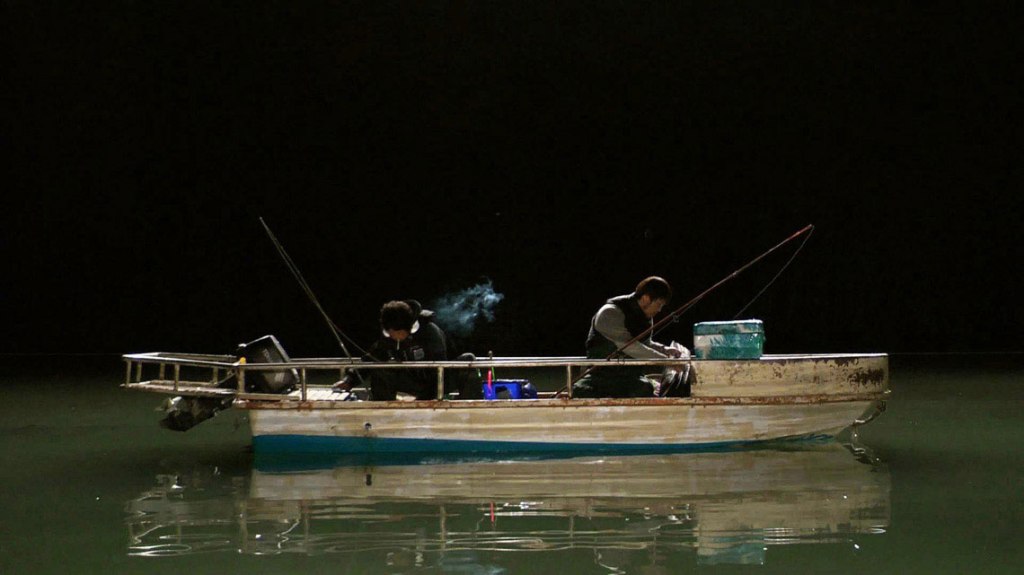 Neo-noir meets the great unknown in this South Korean dual drama/thriller delving into the forces of mysticism and death.

Lee, Professor and husband (Lee Jang-Hoon), travels far to track down his missing wife, accompanied by a detective both ostensibly helpful and painstakingly difficult. At times aggravating to Lee in a manner not unlike Lewis Carroll’s Mad Hatter, the seemingly mild-mannered Professor tumbles further and further into ideas and realities both increasingly confusing and confronting. Entertaining throughout on screen, Lee’s foil and fellow traveller’s appearances are scattered, the Professor’s journey instead giving way to a number of minor, largely indiscernible entities.

The whole narrative is beset by Beckett-esque exchanges between two men in a row boat; the recurring contemplations encompassing A Fish’s most symbolic and literal moments, while Lee’s tale shifts from a classic missing person’s story to the apparently more surreal and fantastical as he encounters various characters on his trip.

The twist ending, resoundingly foreshadowed but not overtly obvious, gives A Fish its greatest pause for thought, the not so straightforward elements of the film teased throughout but only really addressed in great detail towards its conclusion. Comparisons with A Fish’s later stages could easily be drawn to the much more byzantine thriller Fight Club, however this film has its own endearing attributes, in no small part a result of its lead’s affectionate performance as the longing, soft-spoken husband.

Produced in 3D, A Fish is best viewed in the still developing format. Used here not as a gimmick nor simply for dramatic effect, Director Park Hong-Min has deployed the method for an especial purpose. Often intricately interweaving the effect with the story and the plot’s distinct ideations, the technology’s employment not simply as a contrivance but for a defined purpose, largely relevant to the narrative and denouement, is distinctly refreshing.  Not, as is often the case, exploitatively tacked on to the picture, in A Fish 3D technology is rendered as an intimate and relevant way to impart Lee’s intriguing tumble towards his story’s surprise finale.