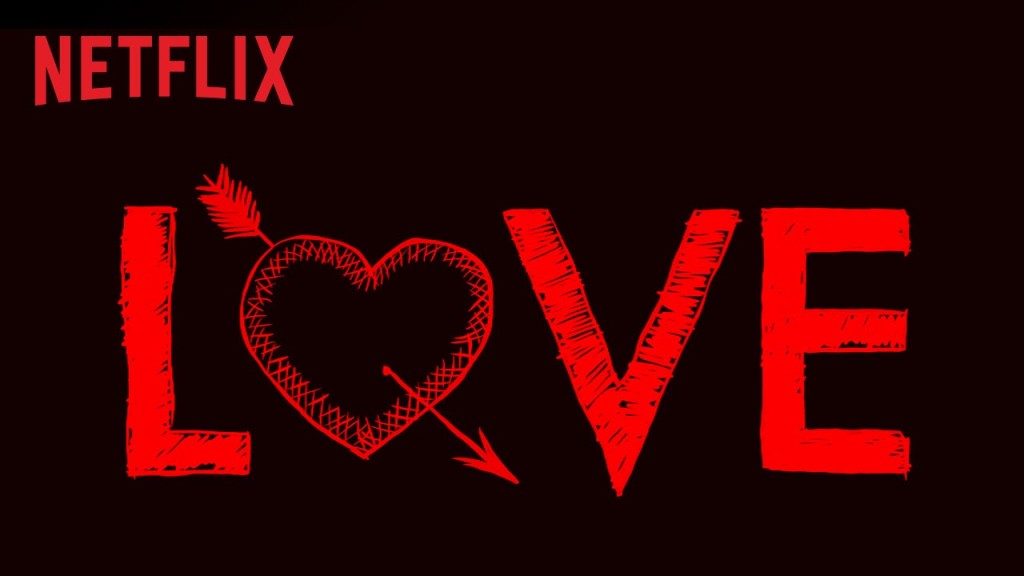 Revolving around LA-based thirty-somethings Mickey (Gillian Jacobs) and Gus (Paul Rust), Love diligently explores their interactions from the time they meet until a point in their very near future, with multiple episodes taking place over the course of one day, and an instalment consisting of one date and one date alone.

What might seem painstaking is actually hugely rewarding, as the minutiae and oft-felt anxieties of new relationships are rendered in explicit detail instead of being relegated to throwaway lines or the cutting room floor. Having taken a chance on the format, the appeal of the dynamic is mostly a result of the visible chemistry between the two main stars whenever they share the screen, with special credit going to Jacobs, who is given the space to develop a character similar, yet exponentially more complex than Community’s Britta and she does so admiringly.

A far cry from 1970s classic weepie Love Story and the like, Love draws its appeal from the simple acknowledgement that humans are by no means perfect. Unlike the love stories of old, there is nothing that suggests circumstance or external forces beyond the control of Mickey and Gus are responsible for their fate – what they go through in the show is very much a product of their own consternations and flaws.

Refreshing for its exploration of some of the none too glamorous problems people face, Love nonetheless takes time to find its feet and establish its main players early on, trading too heavily at first on well-worn character tropes. Gus is a bit of a dork – so he talks about Spaceballs, doesn’t get high, never does anything outrageous and collects Blu-rays. Mickey’s the cool girl – she smokes weed and wears whatever she wants while doing whatever she wants. It’s not too problematic, given each character quickly develops into their own detailed entity in the hands of two very capable actors, but the whole “dorky guy gets hot girl” dynamic (which is not exclusive to Gus and Mickey in the series) becomes increasingly distracting in a show that is otherwise attempting to be subversive.

Comedians Claudia O’Doherty (Melbourne Fringe Best Comedy Award Winner), Briga Heelan and Jordan Rock (brother to Chris) round out a well-placed cast, with the exception of a surprising and ill-judged cameo by Andy Dick playing himself. Delivering Apatow’s signature brand of adult comedy with numerous awkward, Extras-style social encounters thrown in for good measure, a particularly enjoyable restaurant scene helmed by Doherty is a highlight, along with recurring sequences where Gus and his friends make up title songs to movies that don’t have one and probably didn’t need one.

Extremely LA-centric, the location-references and sensibilities of the show will be most relatable for anyone who has spent extended time in either the city or its creative industries. Taking place partly on a studio-lot, whole sequences are dedicated to inconsequential, yet thoroughly entertaining treatises on TV production and show dynamics where Love hardly misses an opportunity to poke fun at itself.

Most compelling when Mickey and Gus share the screen, the show’s producers took the time to explore these characters properly and it’s well worth taking the time to do it yourself.

Love is now available on Netflix

Glen Falkenstein on The Big Smoke