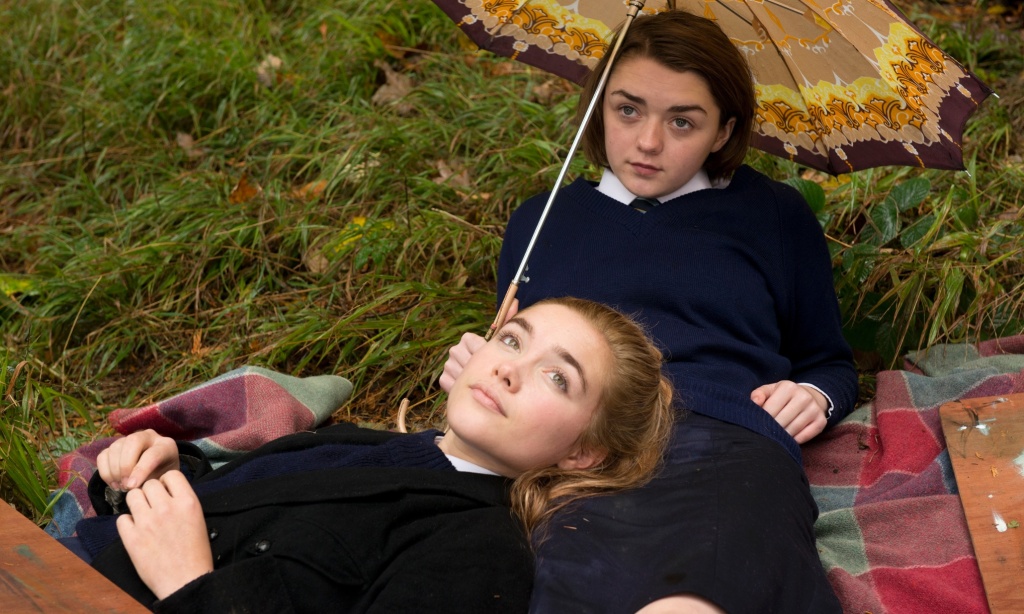 The characters in this film spend most of its running time feeling disorientated and deeply confused… and so do we.

The Falling stars Game of Thrones’ Maisie Williams as Lydia, the first of many students at an all-girls school in sixties England to experience recurring fainting fits. Compounded by the death of her close friend, an agoraphobic mother and the typical strains and tribulations of impending adulthood and sexual awakening, Lydia finds herself the focal point of the ‘epidemic’ plaguing the school as she attempts to make sense of her lot.

Williams carries much of the film, exhibiting the same charisma and bravado that she shows in her popular role as Arya, and is heads above the other actors in terms of both talent and screen presence. But she can’t save the film with her performance alone. The recurring visual motif of Lydia and her friends falling to the floor is initially intriguing, yet becomes tiring, at times verging on comical. The Falling could have benefited from a shorter length so as not to beleaguer the point.

Starting as an exploration of rebellion, friendship and the challenges of growing up, the film evolves into a study of hysteria, with themes of the occult and supernatural. With elements of The Crucible, Carrie and Picnic at Hanging Rock, a twist about 30 minutes in sets the tone for a shifting story which unfortunately only develops its promising horror hook in the third act. Spending most of the film on a pseudo-school drama, horror, suspense and themes of the unknown – which are so welcome later on in the film – are absent for much of its running time.

A novel idea, The Falling could have been a great horror film, though you will have to wade through most of it to see why.