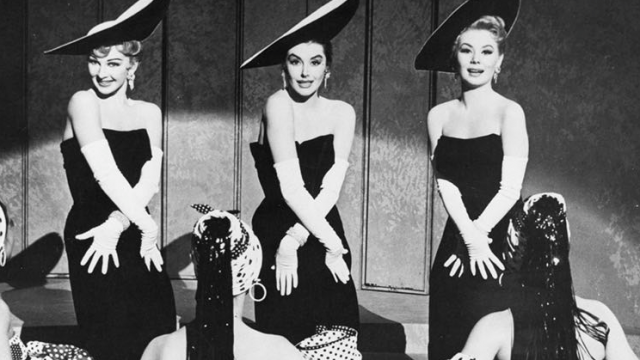 Where would anyone be without their clothes?

Once Australia’s most prolific Oscar-winner, famed costumer designer Orry-Kelly is the subject of this affectionate, quirky and telling Gillian Armstrong documentary (enjoying its world premiere in Sydney this week) of its subject’s Hollywood struggle, trials and success covering several decades.

Little known outside creative circles, the Kiama-born Orry George Kelly designed the costumes for some of the all-time classics including Casablanca and Oklahoma, winning one of his Academy Awards for crowd-favourite An American in Paris. Cavorting with and dressing stars including Bette Davis, Katherine Hepburn, Angela Lansbury and perhaps most famously Marilyn Monroe in Some Like it Hot, his Hollywood mansion played host to many celebrated names.

His achievements are told through interviews with Hollywood icons (Jane Fonda amongst others), archival footage and Carroll-esque re-imaginings of its subject’s childhood and significant life decisions, including a young Orry-Kelly making the journey from Kiama to LA in a rowboat. Women He’s Undressed is both his story, and that of some of the darker days of Hollywood. Being gay (not widely considered acceptable at the time of the Hayes Code), Orry-Kelly, along with others, struggled with rejection and mistreatment by many within the Hollywood elite.

Most involving about the documentary is the divergence, toward the second half, to an exploration of Hollywood and the industry at the time, focusing on the impact of Orry-Kelly’s creativity, rather than the man himself.

Depicting a red dress in a black and white film is no mean feat, nor are many of the other challenges Orry-Kelly faced. His life itself not being un-engaging, Women He’s Undressed is most competent exploring the impact of his designs on films and cinema itself, focusing in smaller part on his relationships with the actors or actresses he dressed.

There is one exception, regarding a particularly notable male actor, which provides a backbone to the narrative. Not to ruin what will be a great surprise to many, alluded to throughout the documentary but only explored in any great detail toward the end, it’s an intriguing cap on an entertaining, informative, and in the context of Australia’s contribution to world cinema, thoroughly important documentary.