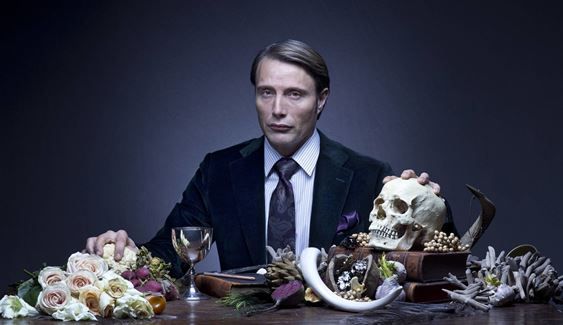 With Season 3 of ‘Hannibal’ soon to hit screens, Glen Falkenstein questions whether this show can truly distinguish itself from its predecessor.

The latest incarnation of Dr Hannibal Lecter (Mads Mikkelsen) has thus far haunted two seasons of Hannibal. The series has its perks, capable of covering the canon and characters of Thomas Harris’ novels in greater detail than any feature-length film. Hugh Dancy manages to offer a more in-depth, visceral portrayal of serial-killer catcher Will Graham than either Edward Norton or William Petersen (Red Dragon and Manhunter respectively).

Mikkelsen is by far the stand-out of the series, portraying a much more subdued, clinical Lecter then Anthony Hopkins in The Silence of the Lambs. I refer to Silence simply because both the film versions of Hannibal and Red Dragon were comparative failures, not only for their lack of competent direction by either Ridley Scott or Brett Ratner, or the nonsensical deviation from tried and true source material which rendered their predecessor so successful, but for a tired and lazy portrayal of Lecter by Hopkins, who by Red Dragon just didn’t seem to care. Mikkelsen is also closer to Lecter’s correct age; Hopkins was already too old by Silence and was laughably aged for Lecter come Red Dragon 11 years later, which was actually a prequel.

The Lecter from the novels was horrifying because he is polite and courteous to a fault; his social niceties and demeanour only being interrupted by moments of extreme and unexpected violence. Hopkins pulled this off, being however a little too deliberately menacing on occasion, purposefully not blinking in his scenes with Clarice Starling (Jodie Foster). Mikkelsen is deeply calm, un-miffed and usually the voice of reason and reassurance. This makes his outbursts in the TV series all the more horrifying; you feel you’re getting a small glimpse of a restrained and limitlessly violent horror lurking just beneath Lecter’s “person-suit.”

The series suffers from its occasional episodic approach to serial-killers, as if so many of note and creativity could exist and operate so frequently within such a short period of time, and all within so short a distance of each other. While we’re expected to believe the characters can make enormous leaps of logic to solve murders, they have trouble coming to small yet obvious conclusions about the activities of other characters, mainly Hannibal. Nevertheless, it is a consuming show (that’s the only pun I’ll make, I promise), and due to its origins in Harris’ novels certainly better than most of the weekly serial-killer schlock out there.

Having said that, Hannibal still exists in the shadows of its predecessor, with so much of the show relying on glaring allusions to Silence. The various walks down into the detention cells as Dr Chiltern explains the status of a patient don’t pretend otherwise, nor do the repeated iconic images of Will Graham in a face-mask and strait jacket. This is not a criticism; for a fan of Harris’ novels and the 1991 classic it is an absolute pleasure to hear Lecter talk about a census-taker who knocked on his door early one morning. The show also rewards ‘avid fans’ of the novels – in Season 2 Graham tells Jack Crawford (Laurence Fishburne) that “there is a common emotion we all recognise and have not yet named – the happy anticipation of being able to feel contempt.” This is directly out of Harris’ third novel, Hannibal; Clarice theorises on this point of human empathy shortly before entering Mason Verger’s mansion.

Jonathan Demme’s 1991 classic has remained the modern benchmark for psychological thrillers. By portraying villains and murderers as psychologically complex and damaged individuals, it took a similar huge leap to that of Psycho back in 1960, yet went further by ingratiating interest in criminal profiling into popular culture. Many of the modern crime shows, both fiction and true to life, owe a lot to Demme for breaking this ground in 1991.

The TV series is unlikely to loyally adapt Harris’ novels, given the already substantive deviations from the source, including the apparent death of a character in Season 2 central to the Clarice story-arc. For Season 3, the action has been moved to Paris, signalling an already significant change, with the events of the third book, on which the third season is supposedly based, taking place in Florence.

The staples of the novels are still there – billionaire sadist Mason Verger returns with half his face, actor Joe Anderson replacing Michael Pitt. Richard Armitage will be appearing as Red Dragonvillain Francis Dolarhyde, the third actor to play the killer on screen. Whether Hannibal will tread on the hallowed ground of Demme’s Oscar heavyweight and wheel out new versions of Jame Gumb and Clarice Starling is still unclear. Reliant on the cultural juggernaut for much of its current popularity, with Season 3 of Hannibal fast approaching it remains to be seen just how much the show can creep out of the shadows of The Silence of the Lambs.