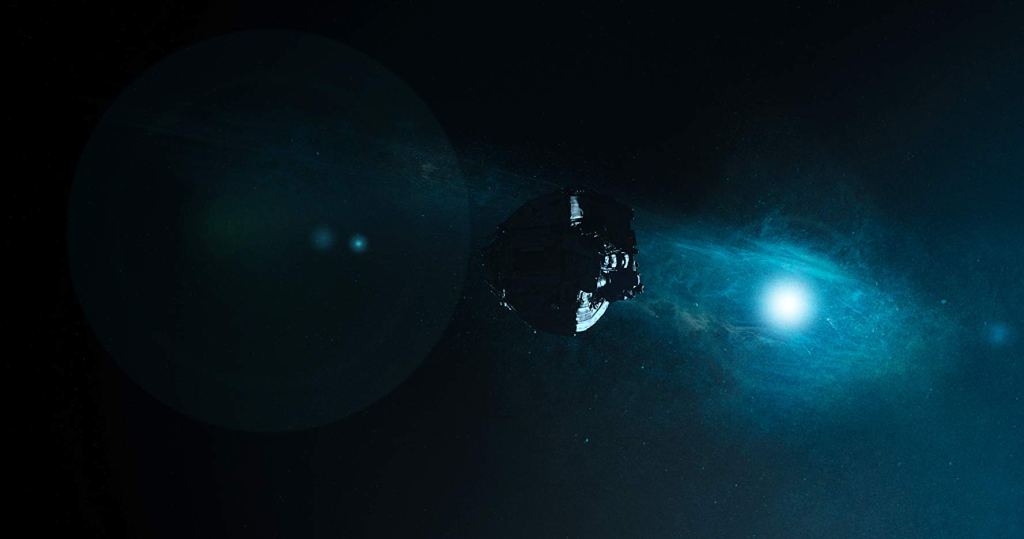 Two men, at odds, facing their ends aboard a spacecraft know that they might each be the last person they ever see. Unable to trust the other and faced with few choices, where they’re hurtling toward is fairly at the forefront of their increasingly troubled minds.

A German-language sci-fi drama/thriller pitting us and our leads against the vast isolation of space much like the opening of Ridley Scott’s Alien (and each sequel to boot), The Final Land too takes inspiration from the flagship saga and it’s like given the vessel’s ramshackle corridors and apparently none too high-end navigational gear.

With shades of Battlestar and indeed ‘Utopia,’ one of the very best modern Doctor Who episodes, we are well situated within an unenviable, unnerving conundrum facing both figures as they deliberate quite literally which direction they should go to find harbour and if either can at all trust their prospective final companion.

A computer screen and some future version of Word is consistently well utilised to build tension, even if it is a blatant conduit for some story/character motivation explanation. The deployment of dust and harsh lighting in an extended, involving sequence rendered this tranche, quite late in the film’s runtime, it’s most memorable.

Otherwise visually darker than the majority of sci-fi fare, there’s very little to illuminate proceedings in any sense as we are proffered precious few details about the duo and key aspects of their circumstance. Confined within such small, dimly lit spaces, that akin to Wolfgang Petersen’s own Das Boot won’t likely go unnoticed, though that classic accentuated the characters’ constraints, idiosyncrasies and indeed the plot’s evolution through a more significant emphasis on the passengers’ movements and physical dynamics.

With The Final Land being dialogue or otherwise emotively driven in segments via a glance or sturdy stare, the lighting choices, lack of interaction and blocking often obscure rather than further or underline what is overwhelmingly intended to be conveyed subtly.

The Final Land screens as part of the SciFi Film Festival on Friday September 6 at 8:30PM