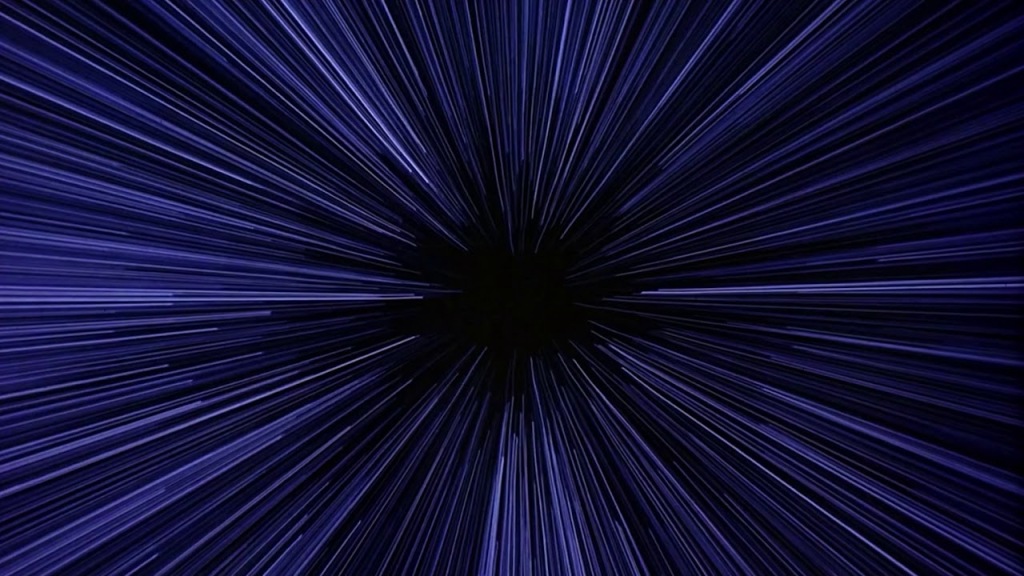 Have you ever noticed how many flicks have a passing, momentary or even not insignificant shot of the starry sky overlaid with dialogue, anticipation, or perhaps nothing at all? Have you taken those scenes for granted? Not any more.

Johann Lurf’s ‘Star,’ not the title, the symbol, not to be confused with the wholly different A Star Is Born, also in cinemas today, is not going to be everyone’s cup of tea. A 99-minute montage or compendium if you will of such scenes, Lurf tracks the tradition from it’s earliest days in cinema to the latest, greatest and most iconic moments where the night shined bright from our screens.

Whereas the likes of Guy Maddin’s The Green Fog stitched together scissor-cuts of 100 clips to establish a likeness to Vertigo, Lurf has truly delved into the far-flung corners of cinema and emerged with an overwhelming cast of 550. There are the obvious ones; It’s A Wonderful Life, Star Wars, various iterations of Star Trek, and of course Dude Where’s My Car. It’s quite the pleasure to pick out and on occasion anticipate where Lurf will land on his travels through time; the beginning and end of Roxanne for instance featuring amidst a cavalcade of constellations.

A fascinating experiment, the film will nonetheless feel lengthy at times for those more casually entranced by Lurf’s premise and, having already made an impact in its earlier stages, could just have well have been a stretch shorter. The inclusion of a diverse range of films and sources, including several clearly not produced with English as the key language, enforce the evident universality underpinning Star’s clear and core thematic intentions. The broken, disparate dialogue in these moments however, as with a similar innovation in Maddin’s effort, emerges as more a distraction than conducive to these ends.

An uncommon feature to which it will not be difficult to establish a rhythm for the keen viewer, Lurf’s latest isn’t typical SciFi Film Festival fare but is as intrinsically and, importantly, as idiosyncratically science fiction as anything else on offer.